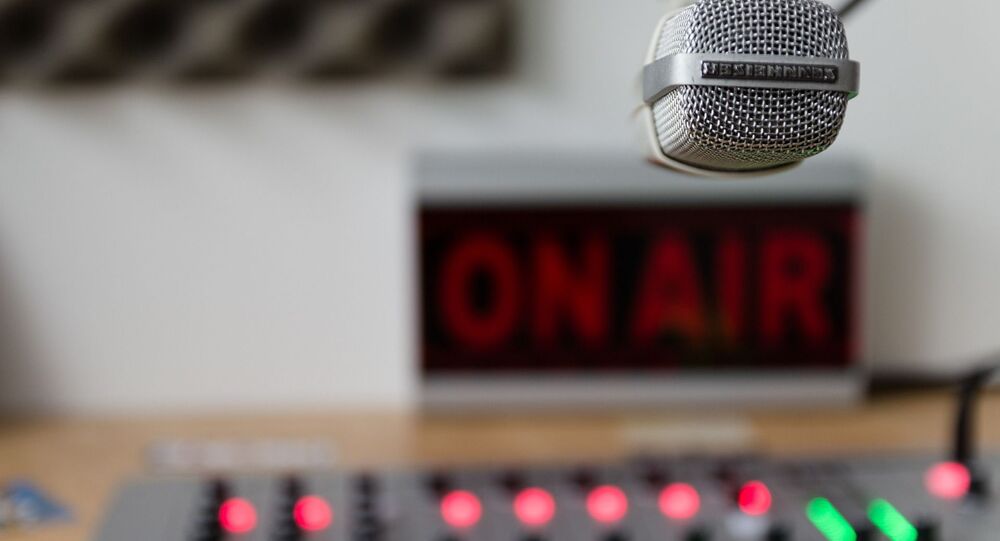 'A Special Day at the Office': Danish Journalist Has Sex on Air in Her Report About Swinger's Club

The channel's executives praised the unusual reportage as a clever way of gaining entry into a closed world, as well as “challenging the listeners a little” and rethinking morning radio. While the journalist claimed that the feedback was mostly positive, some were left bewildered, saying that having sex live on air was "close to prostitution".

While covering the reopening of a swingers’ club in Ishøj, Danish Radio4 journalist Louise Fischer made a uniquely immersive reportage, engaging in sex with her microphone on.

Radio4's rather unusual ten-minute-long coverage of the reopening of a swingers’ club in Ishøj featured loud moans, slaps and other suggestive sounds.

Fischer described the swinger milieus as a taboo part of the reopening process and strived to provide an insight into a world seldom seen by an outsider.

According to Fischer, the swingers wouldn’t have opened up as much as she wanted them to, if she had just casually interviewed them at the bar instead. By contast, blending in allowed her to merge with the swinger crowd.

​“The swinger scene is very closed environment”, Fischer told the newspaper Jyllands-Posten. “I knew before I came that I would not get the full insight, but I should at least create a kind of trust and credibility between me and them.”

Prior to the recording, Fischer obtained the permission of her superiors, but emphasised that it was fully her own decision.

“They thought it was a fresh angle, and they fully trusted that I only did what I wanted and could invent myself,” she said.

In an interview with Ekstra Bladet, Fischer described it as “definitely one of the more special days at the office”.

“It was fun to try, but it was also difficult to maintain full concentration,” she added. She also gave credit to the interviewee. “It is important to say that it was not just a man who rammed in his penis. We had a good dialogue and talked along the way.”

Her bosses subsequently praised the surprising reportage as a clever way of gaining entry into a closed world.

“I think it’s cool when our reporters experiment with making journalism in a different way,” Radio4 programme chef Tina Kragelund told Jyllands-Posten. She also ventured it was a good way to “challenge the listeners a little” and allow them to rethink morning radio.

The executives also thought that Fischer's surprising reportage was a good way to obtain entry into an otherwise closed world.

By Fisher's own admission, she received mostly positive feedback.

“People have written things to me like 'great respect', 'brave' and 'good journalism',” she said.

On social media, however, the reactions were more mixed.

“It's rather close to being prostitution without actually being it, right”, one mused.

​“It was just an excuse for a bang. Completely unnecessary,” another one chimed in.

​“Peak Weimar Republic”, another one wrote, alluding to 1920s Germany, which was known for its easy virtues.

​Still others respected “an adult woman's independent decision to try out the subject matter of the feature”.