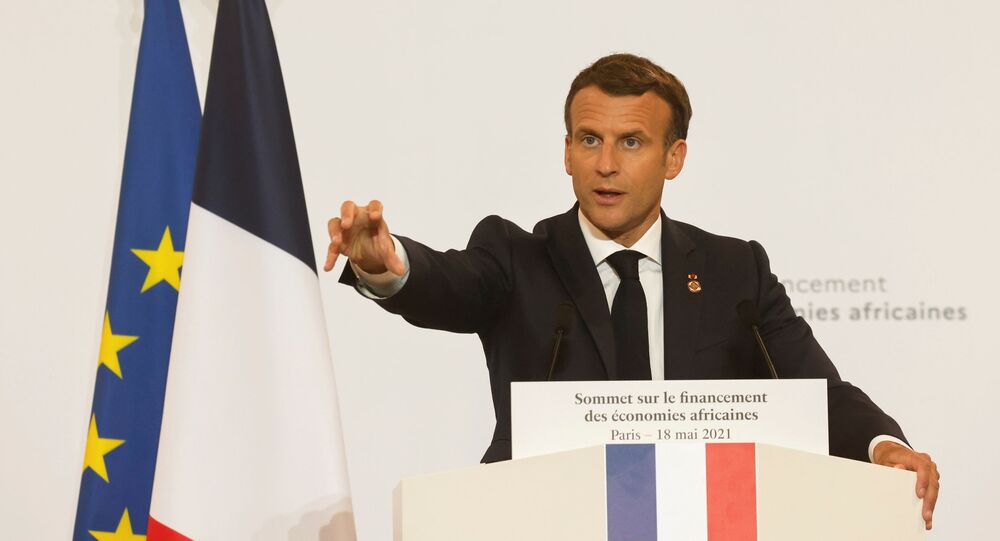 French Elections 2022: Who Could Beat Macron and is Plot of Novel Submission That Far-Fetched?

In 2015 French novelist Michel Houellebecq published Submission, which became a bestseller in France, Germany and Italy. The novel imagines the 2022 French presidential election being contested between Marine Le Pen and a fictional Islamist candidate, Mohammed Ben-Abbes.

The European Union’s chief Brexit negotiator, Michel Barnier, is being tipped as a possible contender for the French presidential election in April 2022.

Emmanuel Macron broke the mould when he was elected President in 2017 - he was the candidate of a party, La République En Marche!, which had only been formed 12 months before the election.

Most elections during the Fifth Republic have been fought between a Socialist and a candidate from one of conservative parties, UMP or RPR.

The exception was in 2002 when Jean-Marie Le Pen, the founder of the right-wing Front National (FN), won fractionally more votes than the Socialist Lionel Jospin in the first round.

The French establishment was appalled at the possibility of Le Pen in the Elysees Palace so Jospin encouraged his supporters to back Jacques Chirac, who won the second round by a landslide.

Le Pen’s daughter Marine is now the leader of the FN and she is riding high in the opinion polls.

Politico’s poll of polls has her on 27 percent right now, ahead of Macron on 25 percent with Xavier Bertrand, a former health minister under Chirac, on 15 percent.

Another definite contender is Jean-Luc Mélenchon, a maverick left-winger who garnered seven million votes in the first round of the 2017 election. He is polling on 11 percent.

© AP Photo / Claude Paris
People walk past near posters of Jean-Luc Melenchon, a former hard-left candidate in the first round of the presidential election, candidate for the upcoming legislative elections, at the Belsunce district, in Marseille, southern France

Among the other likely candidates are the Socialist Mayor of Paris, Anne Hidalgo; Yannick Jadot, an environmentalist and Green MEP, Nicolas Dupont-Aignan, a moderate who won only 4.7 percent of the vote in 2017.

Hidalgo is the favourite to win the Socialist Party’s nomination and will hope to do considerably better than Benoît Hamon, who won only six percent of the vote in 2017. If successful she would be France's first woman President.

There is though also talk of Francois Hollande - who was President from 2012 to 2017 but left with his approval ratings in the toilet - running again.

But another name which has been thrown about as a possible is Michel Barnier, the European Union’s chief negotiator.

Barnier, who recently published a book about the Brexit negotiations called The Great Illusion, has said he would decide in the autumn whether he would put his name forward as a candidate for 2022.

In February Barnier created his own political faction, Patriot and European, within the conservative Les Republicains party, fuelling rumours that he was planning a tilt at the Elysees Palace.

© AFP 2021 / OLIVIER HOSLET
Head of the Task Force for Relations with the UK, Michel Barnier (C), flanked by European Commission President Ursula von der Leyen (R) gestures during the debate on EU-UK trade and cooperation agreement during the second day of a plenary session at the European Parliament in Brussels, on April 27, 2021

Barnier told France Info: “I have a number of ideas and proposals to make, on all issues…the authority of the State, decentralisation and environment-friendly growth.”

Barnier turned 70 in January but appears not to feel his age is a barrier. He would be 76 at the end of his first term, which is still younger than Joe Biden.

One thing looks certain - the 2022 election is unlikely to be a contest between Marine Le Pen and an Islamist, as envisaged by Michel Houllebecq in his best-selling novel Submission.

The book, which was written before Macron appeared on the scene, has echoes of the 2002 election when all parties ganged up on the FN to keep out Jean-Marie Le Pen.

🇫🇷#PresidentialElection: 2022 will be marked by the French Presidential election and it appears that Emmanuel Macron will not give up on being a candidate. What are his chances of success?

​In Submission the Muslim Brotherhood Party, which is similar to the Egyptian party of the same name, gets support in the second round for its presidential candidate, Mohammed Ben-Abbes, from the Socialists and others.

Ben-Abbes, who is of Moroccan extraction, wins and Houellebecq writes: “The first days of Ben-Abbes’ national unity coalition had been a unanimous success.”

In the novel Morocco applies to join the EU and the process of Turkey joining is also speeded up.

But although there are 3,500,000 French Muslims there is currently no Islamic party in France no sign of one on the horizon.