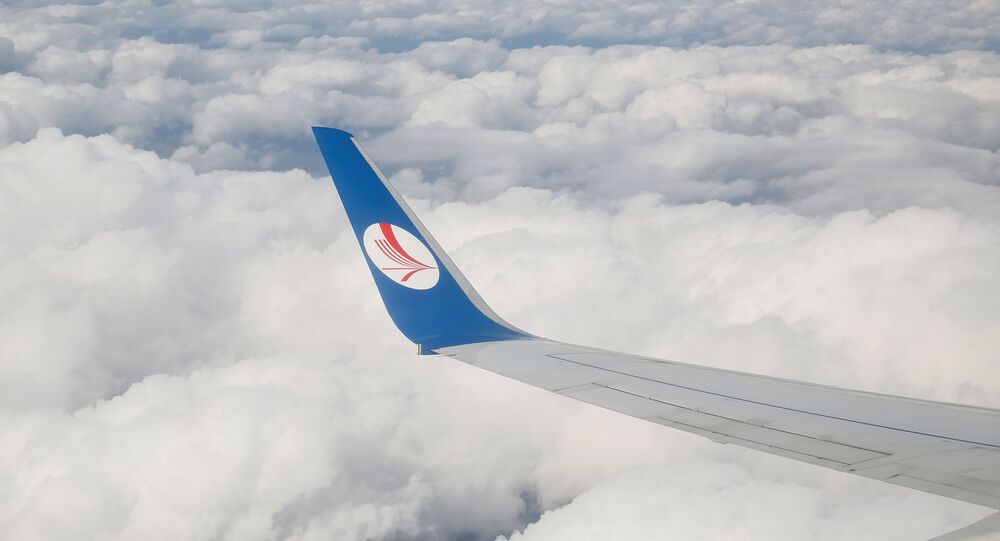 On Sunday, a Ryanair flight headed for Vilnius was diverted to Minsk due to a possible bomb threat, which turned out to be false. Belarus national, Roman Protasevich, the co-founder of a Telegram channel previously labeled extremist in the country, was among the passengers. He was apprehended at the airport by the country's KGB.

The Permanent Mission of Belarus to the United Nations sent notes of protest to six members of the UN Security Council – Estonia, France, Ireland, Norway, the United Kingdom and the United States – as well as Belgium and Germany over their statement on the Ryanair emergency landing in Minsk, the head of the mission, Valentin Rybakov, told Sputnik.

On Wednesday, France, Ireland and Estonia initiated a closed discussion in the UN Security Council of the situation around the plane's landing in Minsk. As a result, Estonia, France, Ireland, Norway, the UK, the US, Belgium and Germany made a statement in which they claimed that the Ryanair flight was forced to land by a Belarusian military aircraft for false reasons.

In the protest notes, the mission stated that the release of any opinions and any assessments of the incident before an appropriate investigation is carried out and the results are finalized is a violation of the sovereignty of a UN member state.

“We have reacted to that. We have not been invited [to the closed consultations] but know the results. We know about the statement that was made by the representatives of the eight countries after the end of this close meeting of the UN Security Council,” Rybakov said on late Thursday.

“We have sent similar notes of protest to all the eight nations that have made this statement. In these notes we stressed that voicing any opinions and evaluations concerning this incident before a relevant investigation is conducted and relevant results are announced, is a blatant violation committed by UN member states,” the diplomat added.

© REUTERS / ANDRIUS SYTAS
A Ryanair aircraft, which was carrying Belarusian opposition blogger and activist Roman Protasevich and was diverted to Belarus, lands at Vilnius Airport in Vilnius, Lithuania May 23, 2021. REUTERS/Andrius Sytas

In addition, Western countries demanded the release of the detained Roman Protasevich and his girlfriend, Russian national Sofia Sapega, and vowed to step up efforts to hold the Belarus authorities accountable for their actions. They claimed that Minsk's actions are "yet another blatant attempt by the Belarusian authorities to silence all opposition voices."

The International Civil Aviation Organization (ICAO) Council said during an urgent meeting that establishing the facts of the Ryanair airplane diversion in Belarus is of the utmost importance.

"At a special meeting convened, the ICAO Governing Body underlined the importance of establishing the facts of what happened, and of understanding whether there had been any breach by any ICAO Member State of international aviation law, including the Convention on International Civil Aviation (Chicago Convention) and its Annexes," the ICAO Council said in a statement following the meeting on Thursday.

Russia Backed by China, South Africa at ICAO Meeting But Snubbed By Others

In its turn, Russia’s position regarding the Ryanair airplane diversion in Belarus received support from China and South Africa during the International Civil Aviation Organization (ICAO) Council meeting on the incident, but was "not heard" by other members, the Russian delegation told Sputnik.

"We were under the impression that the Europeans had prepared their presentations in advance, with each state having been assigned a role to play," Russian delegation member Sergey Gudkov said on Tuesday, lamenting that other member states were unwilling to consider Russia’s position.

The Russian ICAO delegation argued during the meeting that Belarus acted in accordance with ICAO protocols in alerting the flight crew of the bomb threat and the crew members made the decision to land in Minsk independently.

Despite Russian, Chinese and South African appeals for a complete investigation under Annex 17 of the Chicago Convection, alleging interference on the part of the ICAO’s Air Navigation and Legal Affairs and External Relations bureaus, the counterparts at the meeting launched an investigation into allegations of Belarus violating flight security protocols by diverting the plane.

The international civil aviation body convened an urgent meeting of 36 diplomatic representatives in the ICAO Council to discuss Sunday’s incident. The meeting was also attended by representatives of Belarus, Ireland, Lithuania, Poland and Ukraine.

© Sputnik / Natalia Seliverstova
White House Refuses to Compare Ryanair Incident in Minsk to Grounding of former Bolivian President's Plane in 2013
In Belarus, 26-years-old Protasevich faces up to 15 years in prison on previously initiated criminal cases against him under several charges, including the organizing of mass riots last year. The journalist is also currently wanted by the self-proclaimed Lugansk People's Republic (LPR) for participating in the Donbas conflict as part of the far-right Azov Battalion. His companion, Sofia Sapega, a 23-year-old Russian studying in Lithuania, was also traveling with him and was caught and later incarcerated for two months on suspicion of planning widespread riots in Belarus following the presidential election in August 2020.

What's interesting, despite the current Western outcry, is that the practice of forced landings of aircraft has taken place several times before, with the most high-profile case being the forced landing of the plane of Bolivian President Evo Morales in Vienna in 2013. This incident was precipitated by rumors that former CIA employee Edward Snowden, accused in the US of divulging state secrets, was on board with the president.