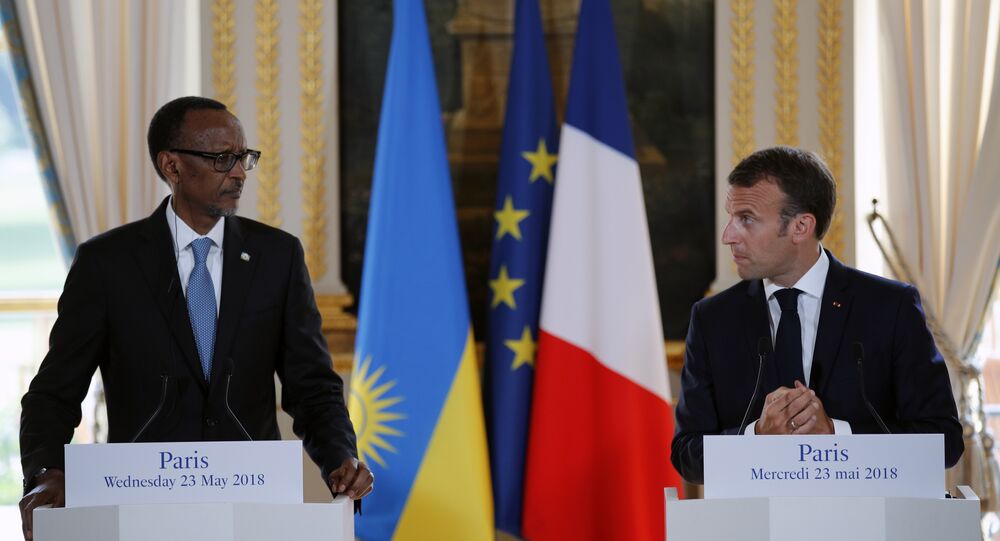 This will be the first visit by a French president to the country in over 10 years. According to the Elysee Palace, the trip will be an important and symbolic step marking a mend in bilateral relations. A key element in Macron's schedule will be a speech at the genocide memorial in Kigali, Rwanda.

During the visit, Macron is also expected to name France's first accredited ambassador to Rwanda in six years.

© REUTERS / Ludovic Marin/Pool
France's President Emmanuel Macron speaks during a joint news conference at the end of the Summit on the Financing of African Economies in Paris, France May 18, 2021. Ludovic Marin/Pool via REUTERS

Rwanda severed diplomatic ties with France in 2006, claiming Paris had a role in the 1994 genocide of the Tutsi people that left some 800,000 people dead.

The genocide began with the murder of former Rwandan President Juvenal Habyarimana and ended when the Tutsi-backed Rwandan Patriotic Front, led by Paul Kagame, took control of the country.