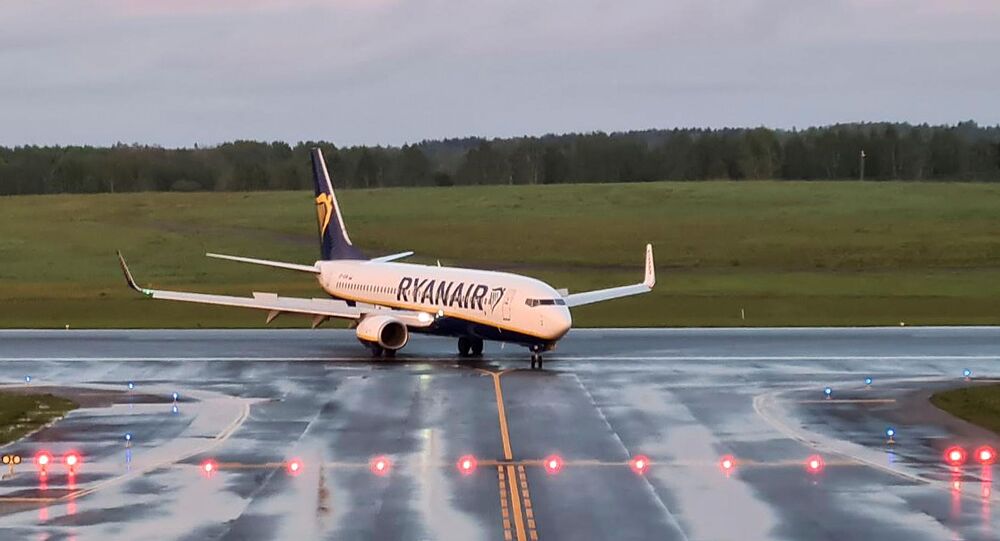 Earlier, a Lithuania-bound Ryanair flight was grounded in Minsk, Belarus, over a bomb threat that turned out to be fake. However, among the passengers was Roman Protasevich, a Belrusian journalist who co-founded the banned Telegram channel Nexta. Protasevich and his companion, Russian citizen Sofia Sapega, were both detained during the stopover.

European leaders condemned the forced weekend landing of a Ryanair flight on Monday and began the process of banning Belarusian airlines from flying over the European Union’s airspace or landing in its airports.

A special meeting overseen by Charles Michel, president of the EU’s European Council, further concluded that all EU-based carriers would be banned from flying over Belarus’ airspace, as well as calling for a full investigation by the International Civil Aviation Organization (ICAO).

An urgent ICAO meeting has been scheduled for Thursday; However, the New York Times has reported that it “may take months to complete” a probe into the weekend events.

Additionally, the bloc called for the “immediate release of Roman Protasevich and Sofia Sapega and that their freedom of movement be guaranteed.” Officials are also seeking to compose a list of entities and persons that the council will target with sanctions over the indiscretion.

The measures were backed by all 27 representatives of the EU members.

“What happened yesterday is an international scandal,” Michel told reporters ahead of the meeting. “The lives of civilians, including Europeans, were put in danger. It’s a threat to international security and to civil aviation.”

Lithuania had already shuttered its airspace to Belarus, and UK airlines were advised to avoid Belarusian airspace. UK Foreign Secretary Dominic Raab had stated earlier that Britain would also be pulling its operating permit for Belavia, Belarus’ state-owned airline.

Reports previously suggested that some officials would oppose implementing airspace restrictions over concerns that the move would escalate tensions in the region further, whereas other analysts hinted that the move would create financial setbacks for flights from Europe to Asia.

The latest actions by the European Council are not the group’s first against Belarusian President Alexander Lukashenko. The block previously imposed sanctions against Lukashenko and his associates in 2020 over the violent crackdown that emerged after the country’s August elections.

Protasevich’s Nexta channel was designated as extremist for reportedly facilitating the unrest that unfolded in the wake of the election results. Since being taken into custody, Protasevich appeared in one video message that was shared on the Telegram app, and in which he states that he has no health issues and is cooperating with the Belarusian investigators.

The German Foreign Ministry recently revealed that it was working alongside US Secretary of State Anthony Blinken to coordinate an adequate response to the Ryanair incident, as the US official travels to the Middle East to push for peace talks amid the Israel-Hamas ceasefire.

It is noticeable that a similar incident took place in 2013, when the plane of Bolivia's then-president Evo Morales was forced by Austria to make an emergency landing at Washington's behest to search for whitleblower Edward Snowden. The latter turned out not to be on board. The White House, however, has refused to compare the two incidents.

Live Updates: US, Allies Coordinating on Response to Ryanair Plane Incident in Minsk