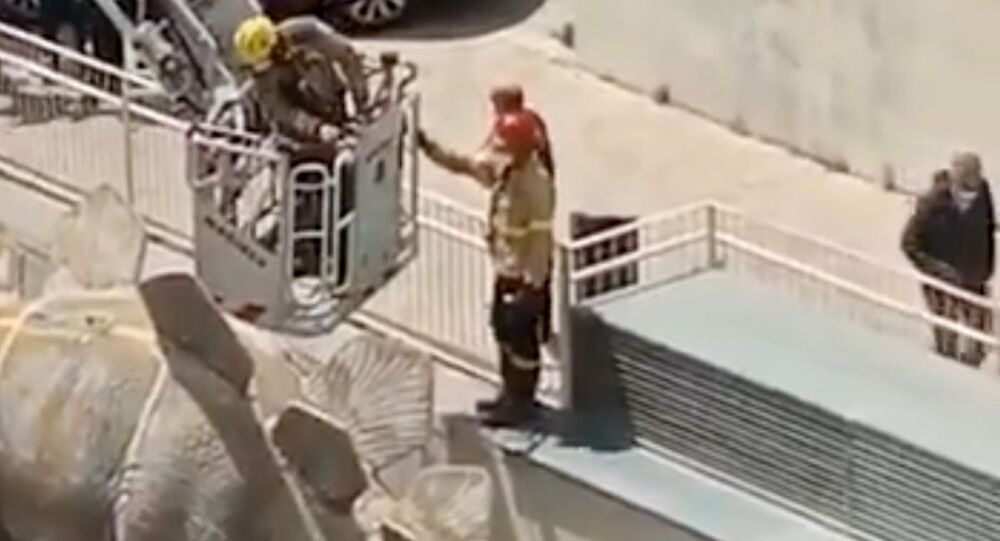 A decorative papier-mâché dinosaur statue at the center of a newly-launched death investigation in Spain had been one of the last remaining sculptures in the area meant to advertise a since-closed movie theater.

Authorities in Spain are in the midst of an investigation looking into the death of a 39-year-old man whose body was uncovered inside a statue of a Stegosaurus over the weekend in Santa Coloma de Gramenet, a suburb of Barcelona.

Local media reports have indicated that the body was discovered on Saturday by a father and son who picked up on a foul smell emanating from the statue. Upon further inspection, the father saw a body inside one of the statue’s hollow legs. Local police were subsequently called to the scene.

A spokesperson for the Mossos d’Esquadra, a regional police force, told The Guardian that the initial reports suggest the incident was an “accidental death,” and that there were no indications of violence.

“This person got inside the statue’s leg and got trapped,” the official revealed, adding that it appeared as though the man “was trying to retrieve a mobile phone, which he’d dropped. It looks like he entered the statue head first and couldn’t get out.”

Incidentally, the family of the unidentified man had submitted a missing person’s report just a few hours before his body was discovered.

The spokesperson suggested that the body could have been inside the statue for a “couple of days.” Investigators are currently awaiting the results of the autopsy to determine the cause of death.

Situation in Ceuta, Spain, Amid Mass Wave of Illegal Migrants