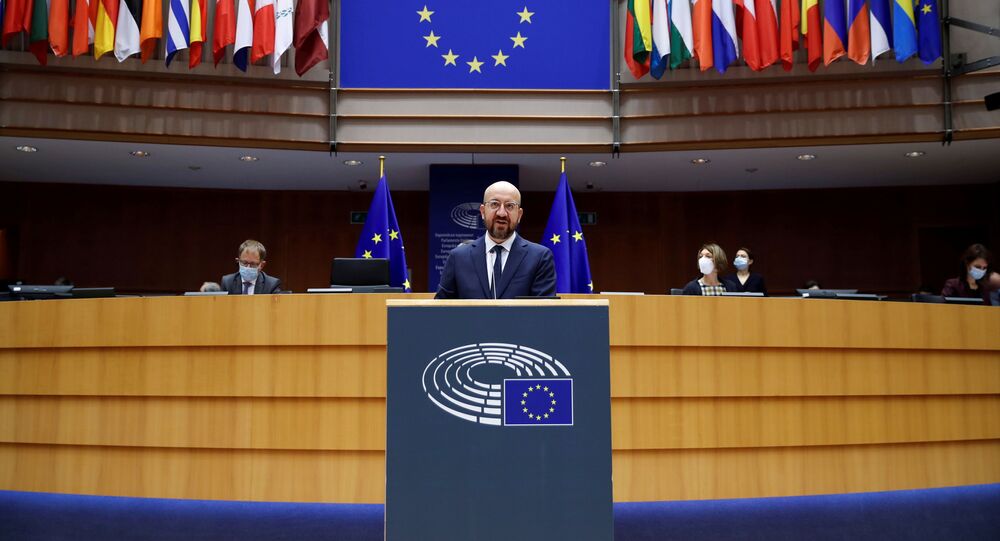 Although the meeting’s agenda includes such pressing topics as COVID-19 response and climate change, all eyes are expected to be on the Ryanair incident and the EU’s reaction to what happened in Belarus on 23 May.

Sputnik is live from Brussels, Belgium, where members of the European Council are holding a press conference following the first day of their two-day meeting, which is scheduled to take place on 24 and 25 May.

The Monday meeting was scheduled to begin at 7:30 p.m. local time (17:30 GMT). It is expected to be focused on the European Union's foreign relations, specifically with Russia and the UK, but also migration, the Middle East and the upcoming EU-US Summit.

Previously, President of the European Council Charles Michel called for an International Civil Aviation Organisation (ICAO) probe into th emergency landing of a Ryanair passenger plane at Minsk Airport over a bomb threat that later turned out to be fake. Michel also called on Belarus authorities to immediately release the flight and all its passengers before the plane successfully took off Minsk.

Michel and Commission President Ursula von der Leyen are expected to deliver joint press conferences at the end of meetings on both days.

Check out Sputnik’s live feed to find out more.