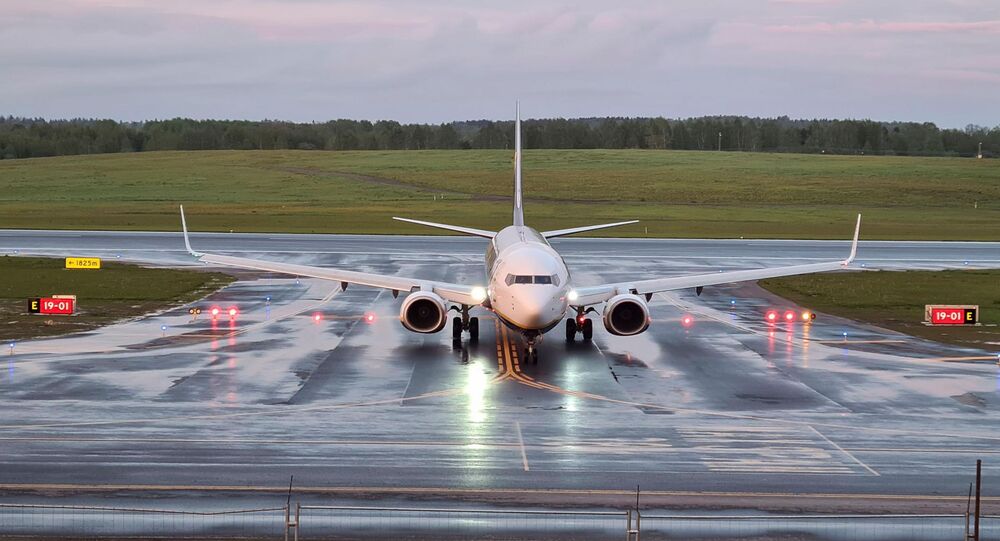 Live Updates: US, Allies Coordinating on Response to Ryanair Plane Incident in Minsk

The Ryanair plane made an emergency landing due to a bomb threat on 23 May in Minsk, which later turned out to be fake. Belarusian investigators have already opened a probe over the incident, while the authorities said they are ready to invite international experts.

It was reported later that journalist Roman Protasevich, founder of a Telegram channel that Minsk designated as extremist, was detained during the stopover at the airport. He may face up to 15 years in jail. A number of EU countries have condemned Minsk’s actions and warned Belarus of possible consequences amid the detention of Protasevich.

A commission to investigate the Ryanair aircraft emergency landing in Minsk was created in Belarus. According to the aviation department of the Belarusian Transport Ministry, the circumstances of the incident will be made public in the near future.

This is not the first time when a plane was forced to land in Europe in an attempt to detain a wanted person. Back in 2013, President Evo Morales’ plane had to make an emergency landing upon the request in Austria during the hunt for National Security Agency whistleblower Edward Snowden. He was never on board though.