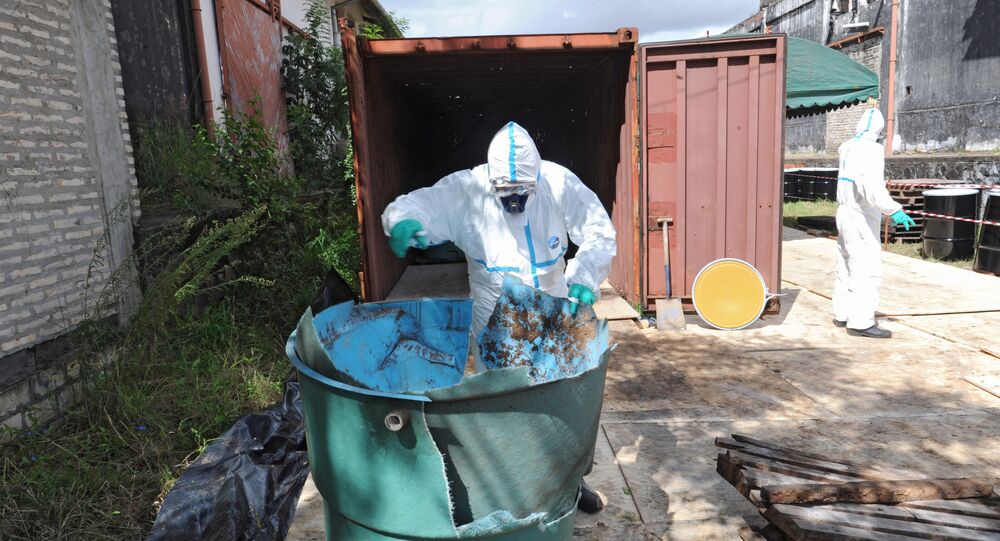 The large quantities of environmentally hazardous waste shipped to Chile for repositioning have been associated with severe health injuries, including a chronic cough, infertility and cancer.

The Swedish metal and mining company Boliden has come under fire for its activities in Chile; the matter has been taken to the UN Human Rights Council, national broadcaster SVT reported.

In the 1980s, Boliden transported large quantities of environmentally hazardous waste, nearly 20,000 tonnes, to northern Chile and the area around the city of Arica. A local company designated as responsible for the handling went bankrupt.

Around 12,000 people have reportedly fallen ill due to the toxic waste shipped to Chile, the UN claimed after examining the case. Its report includes accounts of severely-affected locals; symptoms of exposure include chronic cough, infertility and cancer.

© Photo : Pixabay
Nearly 3,000 Barrels of Radioactive Waste Suspected of Being Misplaced in Sweden
The 15-page report is formally written as a letter that is expected to receive a response.

The report raises the question of legal responsibility and maintains that the cases are not time-limited, as the harmful effects and consequences of environmental toxins last for a long time. Therefore, those affected should also receive help. Furthermore, the report's authors believe it is necessary for the waste to be returned to Sweden, or alternatively taken care of in Chile.

The Swedish government has voiced its concern, yet rejected the demands.

“The government has rejected demands that Sweden take measures concerning the sludge. It has been a long time since this happened and the matter has been the subject of court proceedings in both Sweden and Chile. It is deeply regrettable that the site in question is not free of toxic chemicals,” the government wrote, stressing that it was working actively to “implement the UN's guiding principles for business and human rights”.

By contrast, those affected in the town of Arica are relieved by the UN report.

“We are very moved today, it's the first time that it is officially established that this is a violation of human rights,” spokesperson for the affected families Rodrigo Pino said.

Boliden is a Swedish mining and smelting company focused on production of copper, zinc, lead, gold and silver, with approximately 4,500 employees. Its name comes from the Boliden mine near the Swedish town of Skellefteå, which was once Europe's largest.

Nearly 3,000 Barrels of Radioactive Waste Suspected of Being Misplaced in Sweden