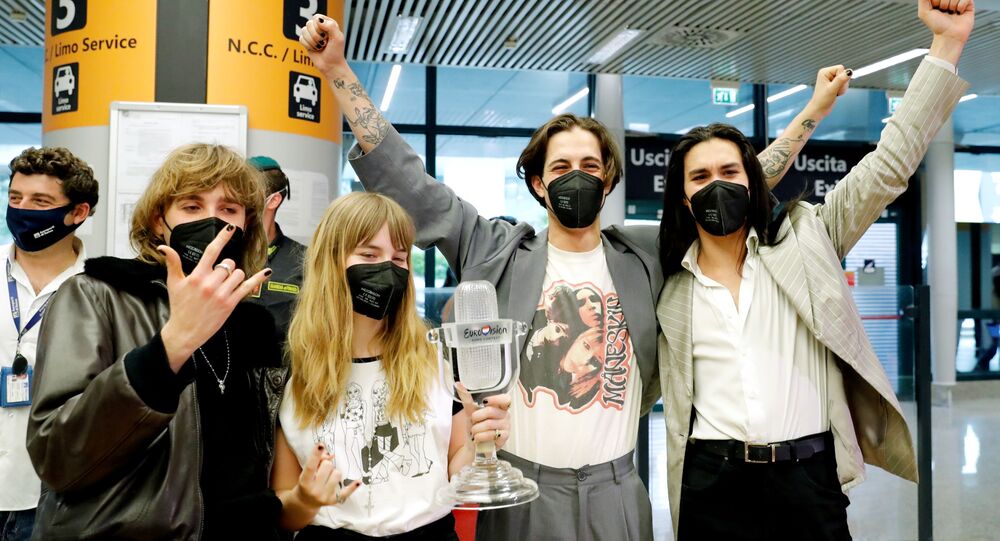 While some apparently thought that they spotted the singer snorting cocaine, the band explained that at that moment he was only clearing broken glass from the table.

Damiano David, the lead singer of the Italian rock band Maneskin, that won this year’s Eurovision Song Contest, will subject himself to a voluntary drug test, the Daily Mail reports.

According to the newspaper, Damiano seeks to dispel speculation about him allegedly taking cocaine during the contest’s final, as he was apparently seen "bending down towards a table in what was interpreted by observers as a snorting movement."

"We are aware of the speculation surrounding the video clip of the Italian winners of the Eurovision Song Contest in the Green Room last night," the European Broadcasting Union said in a statement. "The band have strongly refuted the allegations of drug use and the singer in question will take a voluntary drug test after arriving home. This was requested by them last night but could not be immediately organized by the EBU."

The organization noted that the band, along with their management and the head of delegation, informed them that “no drugs were present in the Green Room and explained that a glass was broken at their table and it was being cleared by the singer.”

"The EBU can confirm broken glass was found after an on site check," the organization added. "We are still looking at footage carefully and will update with further information in due course."