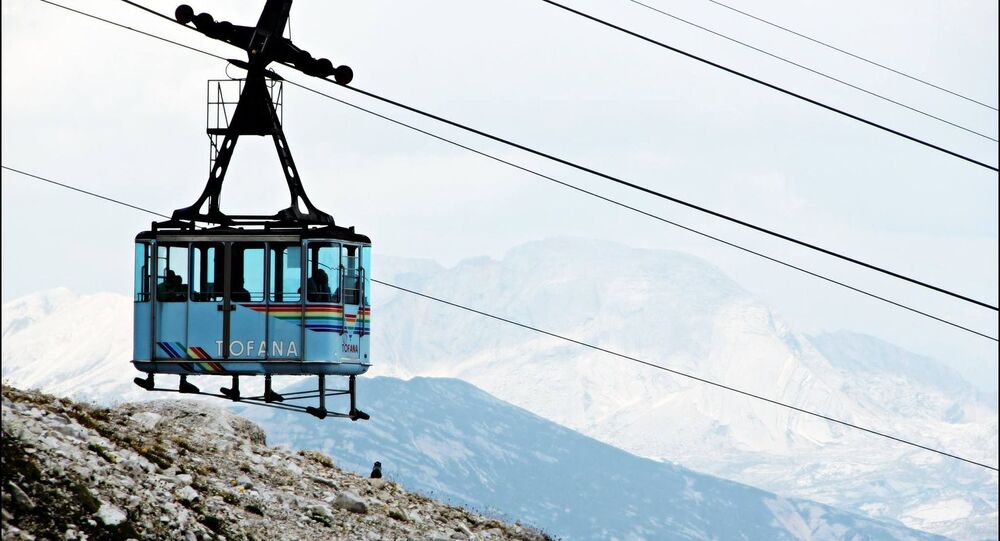 The accident happened on the Stresa-Alpino-Mottarone cableway. Fifteen people were inside the cable car when it fell.

On Sunday, rescuers pulled out 13 bodies from the debris of a cable car crash in the north of Italy, a representative of the mountain rescue services said.

​Earlier in the day, the emergency services said that at least nine people were killed and two children were in serious condition after a cable car fell in Italy's Northern Piedmont region.

​A photo from the scene of the accident has been shared online by the emergency services.

The cause of the accident has not been determined.

Two children who were seriously injured in the accident have been flown to a hospital in Turin.

According to Rainews24, the cable car fell 100 metres before it reached the peak of Mottarone mountain, which is almost 1,500-metres high. Mottarone overlooks the picturesque Lake Maggiore.

The ill-fated cable car started running again a month ago after a long break due to the pandemic, the cableway's website says.