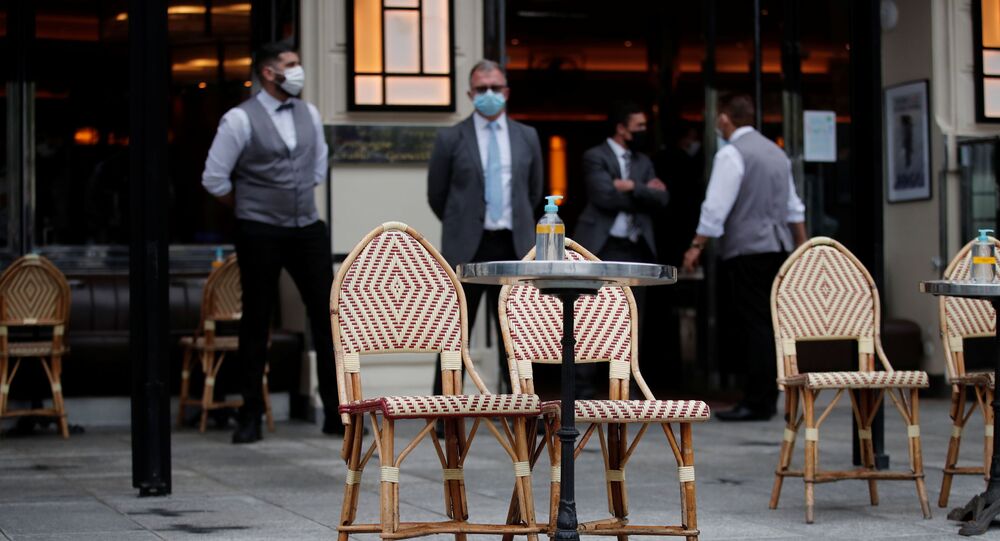 MOSCOW (Sputnik) - French Secretary of State for the Digital Economy Cedric O said he was not worried about an investigation opened by the National Financial Prosecutor's Office on the TousAntiCovid tracing app, designed to provide COVID-related information about its user, over suspected favouritism in designating a firm for the app maintenance.

The PNF confirmed it launched the preliminary investigation following a related complaint filed by the anti-corruption association Anticor in the spring of the last year. The association claimed that it found no documents for public contracts for the state-backed app, which was announced to be developed by private companies free of charge, while its maintenance was invoiced for a sum of up to 300,000 euros ($365,000) per month, a contract subject to a compulsory call for tenders. The government, however, appointed the data storage company Outscale, a subsidiary of the French leading software company Dassault Systems, to be the contractor without calling for other bids.

"Am I worried about the [investigation] procedure? No," Cedric O said on the Franceinfo broadcaster, recalling that he piloted the project and stressing that related "rules" were respected.

The minister explained that the government did not introduce tenders for the maintenance contract for such reasons as lack of time, given the procedure would have taken months and the "highest guarantee" given by the Outscale firm.

He also estimated the overall cost of the app, including its development, maintenance, and communication, at 7 million euros.

The TousAntiCovid app was launched on June 2, 2020 under the initial name StopCovid. According to Cedric O, to date 16.5 million have downloaded the app, designed to contain the user's information on coronavirus tests, vaccination, and infection history.