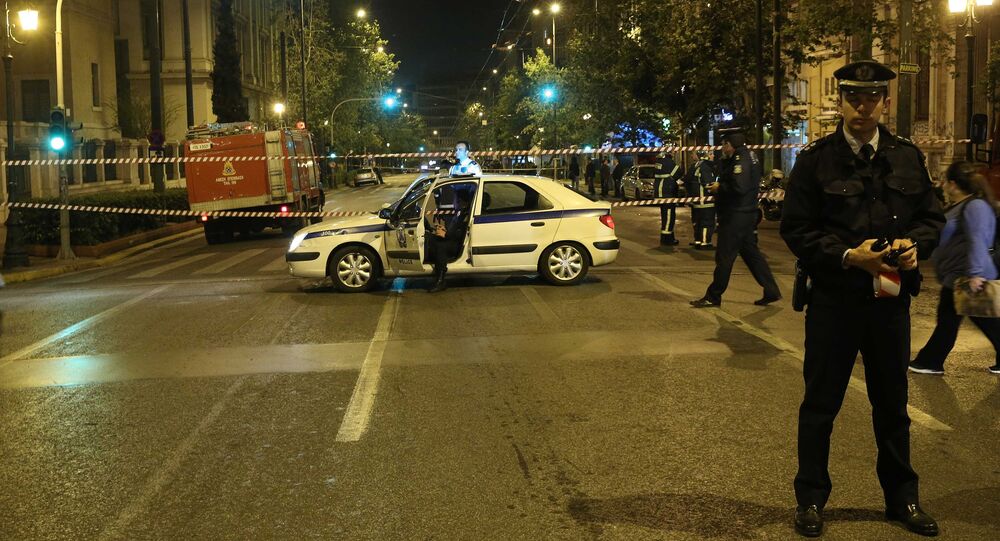 MOSCOW (Sputnik) - A gym and a children's clothing store owned by the wife of the Greek Deputy Minister of Civil Protection and Crisis Management Nikos Hardalias became the targets of attempted arson shortly after 1.30 a.m. on Sunday (22:30 GMT the previous day).

"The attack with incendiary mechanisms on the companies of Nikos Hardalias' wife is an unacceptable and absolutely condemnable action. Terrorism has no place in the Republic," the spokesman for Nea Demokratia, Greece's liberal-conservative political party, Tasos Gaitanis said on Twitter.

​According to the Athens News Agency (AMNA), the police said that the unknown attackers placed incendiary devices with gas canisters outside the two buildings which are located very close to one another.

The explosion that followed damaged the facade of the buildings and a small fire erupted. Seven firefighters were called to the scene.

Five people have been taken by the police for questioning but were later released over lack of evidence. The investigation is underway.