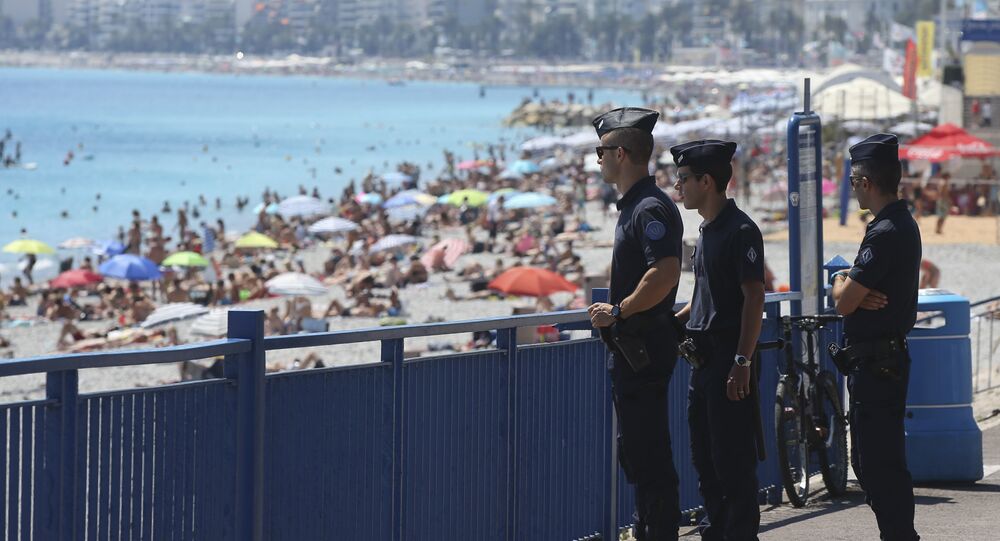 ROME (Sputnik) - The Italian police said on Friday that a male accomplice of the terrorist who carried out the ramming attack in France's Nice in 2016 was handed over to Paris under a European arrest warrant.

Albanian national Endri Elezi is suspected to have supplied the Nice terrorist with arms, specifically a Kalashnikov assault rifle and a pistol.

The 29-year-old was detained last month in the southwestern Italian province of Caserta. The Italian law enforcement were able to track him down thanks to collaboration with French counterterrorist services, otherwise the suspect had managed to remain off the radar.

In July 2016, a 31-year-old Tunisian national drove a 19-tonne cargo truck into a large crowd during the celebrations of Bastille Day in Nice, killing 86 people, including children, and wounding over 450 others. He was shot dead by police.

The Islamic State (terrorist group, banned in Russia) claimed the responsibility for the attack.