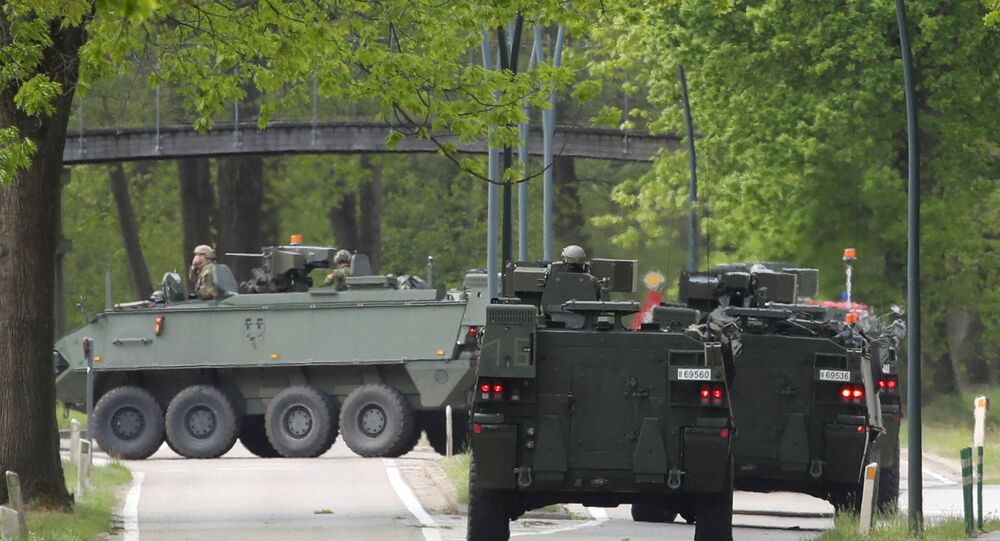 Belgium first became independent in 1830 but its armed forces have not had a great record in conflict. In the First World War they were overrun by the invading Germans, who returned in 1940 occupied the whole country for more than four years.

A manhunt is under way for a heavily armed Belgian soldier who holds extreme right-wing views and is known to harbour a hatred of the COVID-19 vaccination programme.

Jurgen Conings, 46, went missing on Tuesday, 18 May, and his abandoned vehicle was found close to the Dutch border with four rocket launchers inside it.

More than 400 police officers and soldiers backed by helicopters have been scouring a nature reserve in Limburg province for Conings, a weapons instructor with the Belgian air force who stole guns and grenades from a military base.

Belgium is looking for an armed far-right soldier who threatened to kill the country's star virologist, Jurgen Conings, seized heavy weapons and ammunition and has been missing since Monday, after leaving a farewell letter promising not to surrender without resistance. pic.twitter.com/tLuf7eYMkP

​Conings reportedly left behind letters which contained threats towards various politicians and virologist Marc Van Ranst, who has become a high-profile figure in Belgium since the pandemic hit the country in February 2020.

Belgium has had more than a million cases of COVID-19 and almost 25,000 deaths, but its deaths per head of population rate is among the highest in the world.

In March 2016, after 35 people were killed by Islamist bombers in Brussels, Conings tweeted: "For years I have been saying this is coming. For years they have been laughing at me and saying that I am exaggerating, that I am a racist."

The Belgian government said on Friday, 21 May, it would tighten vetting procedures on its soldiers.

A manhunt has begun for a Belgian soldier and far-right terror suspect, who is thought to be heavily armed and who has been missing since reportedly threatening a pro-vaccine virologist three days ago. https://t.co/hnCTII1J7p #JurgenConings pic.twitter.com/jznxdSMDqw

​Conings was on a list of extremists monitored by Belgium's anti-terrorist agency, which begged the question why he was allowed access to weapons.

Defence Minister Ludivine Dedonder promised to change the law to make it harder for military personnel to access weapons arsenals without higher levels of security clearance.

Ms Dedonder told broadcaster RTBF: "There was a failure in procedures.”

She said Conings had been disciplined and had a security clearance revoked  after he expressed racist views on social media and threatened violence to those pushing  the vaccines.

Belgian Prime Minister Alexander de Croo has promised to deliver an action plan next month on how to deal with suspected extremists in the police, armed forces and customs service.