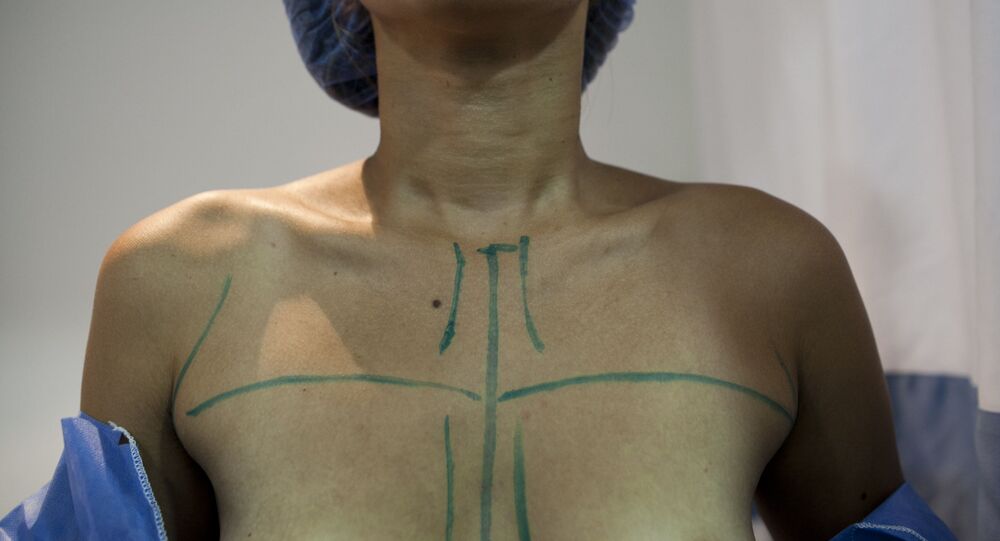 In 2010 it emerged that breast implants made by the French company Poly Implant Prothese (PIP) had contained industrial grade silicone. Implants should be manufactured from medical grade material, which is safe to use in a human body, because of the danger of the implants rupturing.

A court in France has ruled that a German quality control firm should pay millions of euros in compensation to thousands of victims of faulty breast implants which it vouched for as being safe.

A lawsuit was brought by 2,700 plaintiffs, including 540 British women, and on Thursday, 20 May, the appeals court in Paris ruled against TUV Rheinland and said it should pay compensation.

More than 2,500 women who were victims of the PIP breast implant scandal should receive compensation, French appeal court rules

​Oliver Thorne, a British medical negligence solicitor who represents some of the victims, told Sputnik: “Today is a momentous day for all those involved in the long fight for justice for the victims of PIP breast implants.”

“Hopefully this will be a huge step forward for the tens of thousands of women across the UK that have suffered and continued to suffer as a result of these implants,” Mr Thorne added.

Between 2001 and 2010 the implants, made of industrial grade silicone, were manufactured by a French company Poly Implant Prothèse (PIP), which went into liquidation when the full extent of the deception became clear.

PIP’s founder Jean-Claude Mas was jailed for four years but TUV Rheinland, which had issued European safety certificates for the implants, became the obvious entity to be sued by the victims.

At least 400,000 women globally have received the illegal implants, many of them in Latin America.

There are believed to be 60,000 victims in Colombia alone.

Olivier Aumaitre, a lawyer representing the 2,700 women in the class action, said: "We are delighted with this outcome which definitively puts an end to the doubts about TUV's responsibility. After 10 years of waiting and fierce combat, the German certifier will have to fully compensate the victims."

The PIP Implant World Victims Association said the amount of compensation had not yet been determined.