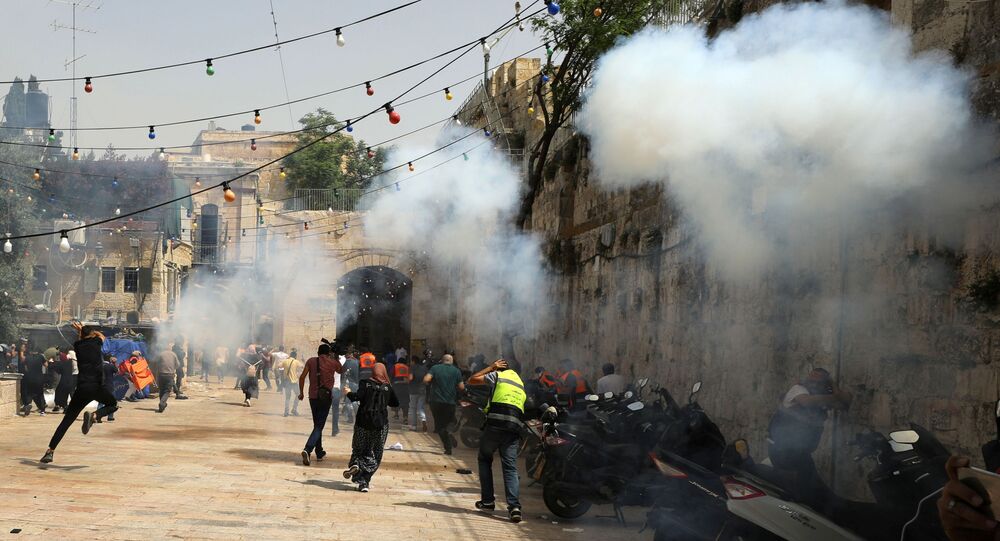 The Nazi simile by Carl Bildt was harshly condemned by the Jewish Central Council, whose chairman called it “pure anti-Semitism”.

Carl Bildt, a former Swedish prime minister, has landed in hot water over his controversial take on the recent wave of violence that erupted in the conflict between Israelis and Palestinians in Gaza.

“What triggered it was the police operation at the al-Aqsa Mosque. It's like sending Nazis into the Vatican. There are such strong emotions”, Bildt told national broadcaster SVT, commenting on Israel's actions on the Temple Mount.

The remark came under harsh criticism from Aron Verständig, the chairman of the Jewish Central Council.

“To equate in this case Israeli police and soldiers with Nazis is not only gross and tasteless, but also constitutes pure anti-Semitism”, he told the newspaper Expressen.

According to the definition of the International Holocaust Remembrance Alliance (IHRA), comparisons between Israeli politics and Nazism constitute an expression of anti-Semitism. The Swedish government has adopted the definition as well.

“It is all the more surprising of a former prime minister and foreign minister to express such views”, Verständig ventured.

Aron Verständig emphasised that he has no problem with people expressing objective criticism of the actions of the state of Israel.

“I have no problem with the criticism of Israel. It's completely in one's own right. But making such a parallel clearly crosses a line”, he explained.

By his own admission, the statement was taken badly by many of the country's Jewish congregations, who called on Bildt to rethink it.

“We have received an incredible amount of reactions. It has really struck a chord”, Verständig said.

Carl Bildt later admitted that the wording was “not good”.

“I should have chosen another parable to explain what emotions sending police forces into holy places on holy days evokes”, Bildt explained to Expressen. “That was the essence of the discussion about about what happened at the al-Aqsa Mosque. In fact, I think most people understood that too”, he added.

© AP Photo / editorial
Former Swedish PM Needles Norway, Denmark With Divisive WW2 Tweet
Carl Bildt served as prime minister of Sweden from 1991 to 1994 and led the liberal-conservative Moderate Party from 1986 to 1999. Bildt also served as foreign minister between 2006 and 2014.

Hostilities between Tel Aviv and Hamas escalated after a decision by an Israeli court to evict several Palestinian families from the Jerusalem neighbourhood of Sheikh Jarrah. The tensions were exacerbated as Israeli authorities restricted access to the al-Aqsa Mosque for Palestinians. Since the beginning of the escalation, Hamas, which controls the Gaza Strip, has fired over 3,300 rockets towards Israel, while the IDF has launched hundreds of rockets targeting militant facilities in the Palestinian enclave.