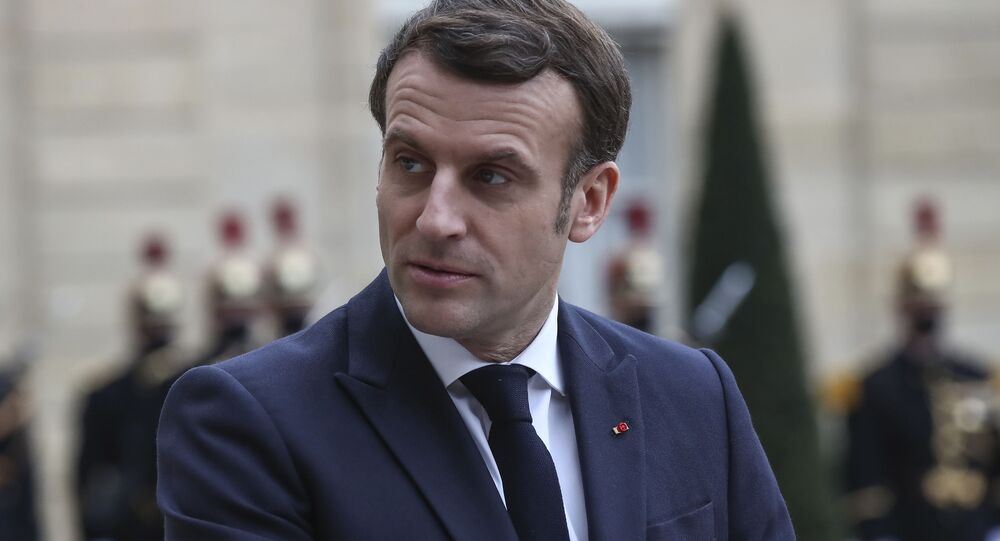 Macron, who previously lauded his party's multicultural make-up in the wake of the 2017 presidential elections, has warned against the dangers of Islamist separatism, which he said threatens the country's values and unity.

Emmanuel Macron's party La Republique en Marche has barred a female Muslim candidate, who was pictured wearing a hijab on a campaign poster from running on its ticket in local elections. Speaking on RTL radio head of the party Stanislas Guerini said religious symbols have no place on campaign posters.

"Whether it is a kippah, a cross or a veil, whatever the religion … This is a political message. The values which embody La Republique En Marche party are universal values", said Guerini.

His statement came two days after Jordan Bardella from the right-wing party of Marine Le Pen posted the campaign poster showing Sara Zemmahi wearing a hijab. "Is this how you fight separatism?", reads the caption to the image.

​The party's response has divided MPs. Caroline Javier called the decision to bar Zemmahi from running a "serious political mistake".

"The law does not prohibit a candidate from appearing with a veil. It is up to the voter to choose whether he agrees with this", she wrote on Twitter.

Roland Lescure backed Guerini saying political Islam "is a threat in some neighbourhoods". "We have to be firm", he told Reuters.

Last year, President Emmanuel Macron unveiled a government programme to tackle Islamist separatism, which he said poses a threat to the country's values. Announcing the move, Macron said that it is not aimed against Islam as a religion.

"Moving away from an insular form of Islam is extremely important to help reduce foreign influences and ensure that each person respects the laws of the Republic. We will train imams in France so that they will be able to master the French language and the rules of the Republic. We need to know where the money is coming from, who is receiving it and what they are doing with it", Macron said.

Despite the president's reassurances critics of the government accused authorities of pandering to right-wing voters, while others argued the government is attempting to suppress Islam.

The government plan came in response to numerous terrorist attacks witnessed in France in recent years. Most recently the country was rocked by the gruesome killing of a schoolteacher, followed by several other terrorist attacks.