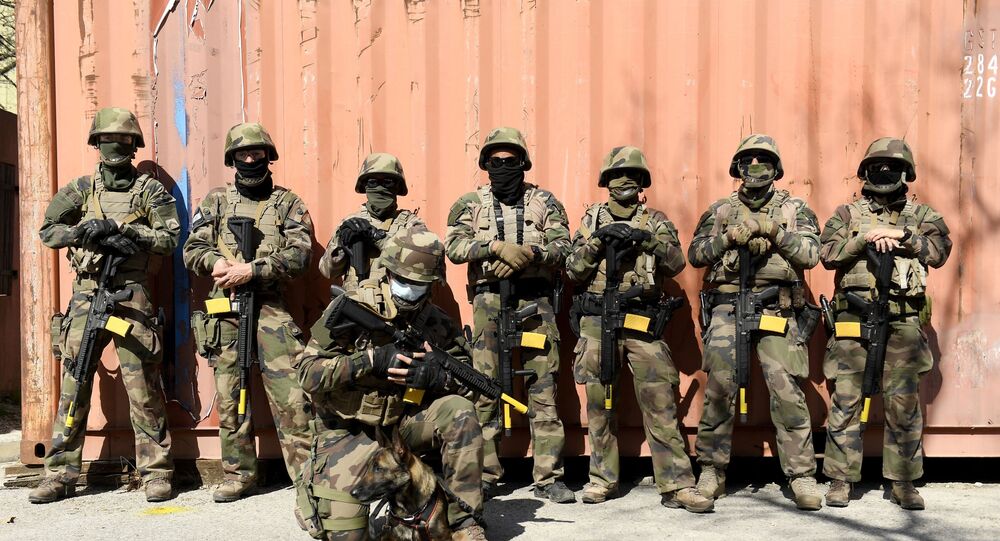 On Sunday, the news magazine Valeurs Actuelles published a letter from French servicemen on active duty in support of their retired colleagues, who previously warned Paris of a possible collapse of the country due to alleged laxity in security and anti-extremism policies.

French Army Chief of Staff General Francois Lecointre has hinted that those active soldiers who signed an open letter warning of the risk of a "civil war" in France should resign from the armed forces.

In the letter to President Emmanuel Macron published by the French magazine Valeurs Actuelles on Sunday, the servicemen, whose names were not disclosed, supported a previous appeal by the country's former military personnel, who urged Macron's government to act against the dangers of Islamism and religious fanaticism.

"The most reasonable step is certainly to leave the institution in order to freely express their ideas and convictions", the French chief of staff said in a message on Tuesday, in an apparent nod to the soldiers who inked the second letter.

The general did not threaten to impose any sanctions on the servicemen, but said that "over the past several weeks […] the obligation of discretion for members of the armed services has been largely violated".

He also warned that "every soldier enjoys freedom of thought but must unambiguously distinguish between civic and military duties".

The remarks came as French Interior Minister Gerald Darmanin accused the anonymous signatories of the second letter of lacking the audacity to put their names on the document.

"I believe that when you are in the military you don't do this kind of thing in hiding. These people are anonymous. Is this courage? To be anonymous?", he told France's BFM TV news network.

Darmanin was echoed by French Defence Minister Florence Parly who claimed in an interview with the same news channel that the letter was "part of a crude political scheme".

"It [the document] uses all the rhetoric, the vocabulary, the tone, the references which are those of the extreme right", Parly argued. France's Prime Minister Jean Castex, for his part, described the letter as a "political manoeuvre" by the "far right".

Marine Le Pen, the leader of the French party National Rally, said that "of course, there is always a risk of civil war" in France, adding that she had welcomed the second letter as she had the first.

"It is clearly not a call to insurrection. Otherwise I would not be supporting it", Le Pen added.

In the Sunday letter, the servicemen wrote that they "see violence in our towns and villages" and that they also witness "hatred for France and its history becoming the norm".

© AP Photo / Thomas Peudeleux
French Interior Minister Mocks Rising Number of Signatures Under New Military Letter
"A civil war is brewing in France and you know it perfectly well", they argued, calling on people to take action to save their homeland and adding that all this is "about the survival of our country".

The claims followed Valeurs Actuelles publishing an open letter, signed by over 1,000 military personnel, including some 20 prominent retired generals, who warned that the dangers of Islamism and religious fanaticism might divide communities and prompt a "civil war" in France.