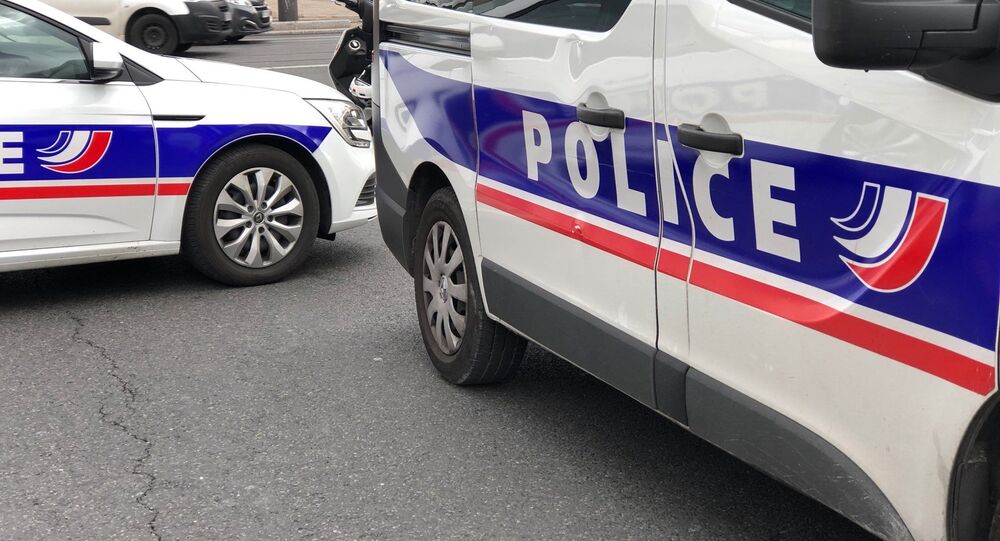 MOSCOW (Sputnik) - Two members of the national police and one municipal police officer were injured as they were responding to a call in the town of Frejus in the southeast of France, media reported on Sunday.

The incident began with a disturbance call and police trying to enforce the curfew — France is still facing certain coronavirus restrictions — and turned violent as a group of about 10 police officers was met with nearly 50 people throwing objects and burning cars, the BFMTV reported.

The police received reinforcements and the situation calmed down in the early hours of Sunday. One local police vehicle was burned, alongside two business venues. About 15 shop windows were broken.

According to local television, policemen were targeted by mortar fire and projectiles. Several cars including one police van and 2 shops were set on fire.

​A preliminary investigation was opened by the prosecutor's office.

This burst of violence came shortly after French President Emmanuel Macron addressed the death of a police officer, Eric Masson, who was shot dead in the centre of Avignon on Wednesday. Speaking at an EU summit in Porto on Saturday, Macron expressed condolences and said that the entire country was standing behind the deceased officer's family.

"It is realistic to say that there is violence in our society and that it is growing. And the role of our police is being made more difficult every day by that violence," the president said.

The police are still looking for the killer of Masson. According to media reports, he was carrying out a run-of-the-mill drug trafficking control when he was shot.