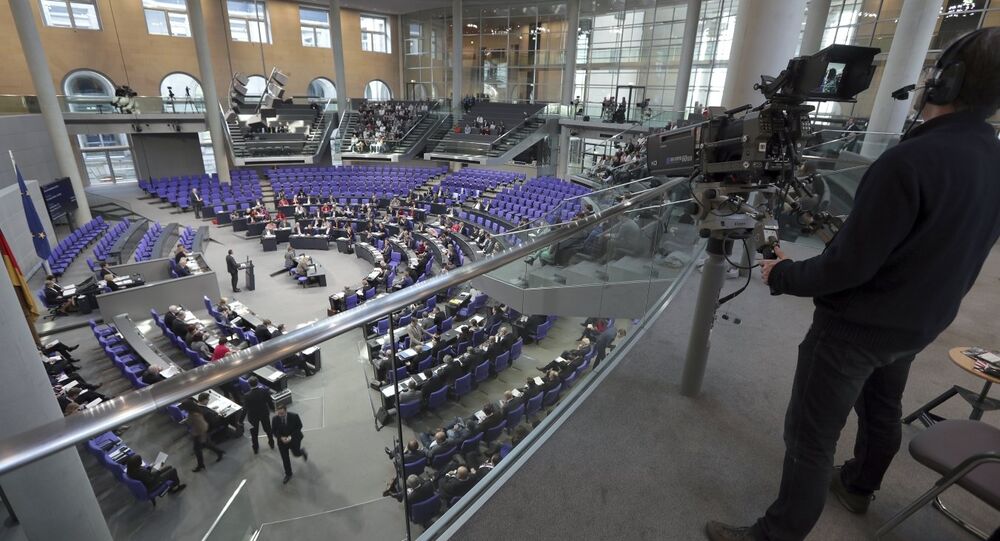 Berlin rejected US calls to waive intellectual property protections for coronavirus vaccines this week, claiming such a waiver would create “severe complications” for the production of new vaccines. Supporters of waivers say they could lead to a ramping up of production and save lives in developing nations suffering from a surge in infections.

“Correction: Obviously this was a mistake. I share the unanimous position taken by my party group on this issue. And in principle I do not vote in favour of proposals by Die Linke. I may have thrown the wrong card in the urn. I will clarify,” Altmaier tweeted.

Altmaier was the only member of the Bundestag from Chancellor Merkel’s ruling center-right Christian Democratic Union party to vote in favour of the leftist party’s proposal to abolish vaccine patents.

The proposal, the vote on which took place Thursday, was rejected after 117 lawmakers voted in favour, 498 opposed and one abstention.

Altmaier’s followers were skeptical of the correction, asking whether anyone has ever voted mistakenly. Others complained about excessive voting along ideological or party lines, and called for more cooperation across party lines.

© REUTERS / Dado Ruvic
Is Pfizer Quietly Targeting Other Vaccines, While Holding Back on Its Own Safety Record?
“The wrong card thrown in the urn? Can you concentrate on what you are doing? In the end, this doesn’t affect only your lives, but those of 84 million people,” one angry user wrote, referring to Germany's population.

“Why shouldn’t the patents be released? BioNTech received 500 million euros from the German taxpayer for the development of the vaccine, but doesn’t produce the vaccine for the population in sufficient quantities. The world should receive the recipe,” another argued.

German pharmaceuticals firm BioNTech collaborated with the US pharma giant Pfizer to create the Pfizer-BioNTech coronavirus vaccine, with the jab officially sold under the brand name Comirnaty. BioNTech received $185 million from Pfizer, $135 million from Chinese pharma company Fosun, $119 million from the European commission and $445 million from the German government for the vaccine’s development.

© REUTERS / DANISH SIDDIQUI
BioNTech Founders Suggest Coronavirus Will Continue to Spread Across the Globe Through Mid-2022
The vaccine has received full approval in Brazil, New Zealand, Saudi Arabia and Switzerland, and emergency approval in 95 countries.

BioNTech and Pfizer hope to manufacture about 2.5 billion doses of the vaccine in 2021.

Earlier this week, BioNTech predicted that the global pandemic is likely to last until 2022, and called for “really high vaccination rates worldwide” to ensure herd immunity (and, presumably, a healthy profit margin for the company).