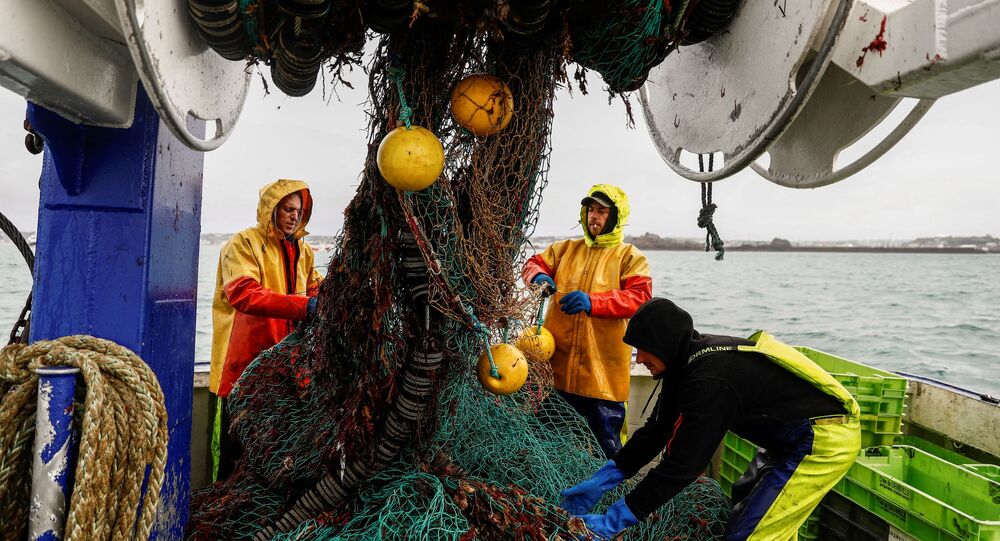 PARIS (Sputnik) - France will not make any concessions to the United Kingdom in the post-Brexit controversy over fishing rights, considering London's unilateral restrictions against French fishermen null under existing agreements, the French Minister Delegate for Foreign Trade and Economic Attractiveness said on Friday.

London's refusal to let French trawlers fish near Jersey island in the English Channel spiralled into a heated row, with the deployment of patrol ships by both sides, earlier this week.

"We will not compromise, as the law is very clear and the agreements must be followed," Franck Riester told Sud Radio. "We consider the decisions made by the British to have no legal force."

Jersey is a British Crown Dependency, but because of geographic proximity, it relies heavily on France for logistics and communications. Paris said London's barring of French fishermen from the area breached their Brexit agreements.

On Wednesday, French Minister for the Sea Annick Girardin threatened electricity cuts in Jersey if the fishing restrictions are not lifted, to which London responded by sending two patrol boats to the area. France then deployed two patrol boats of its own.

Over 50 French trawlers gathered in Jersey waters for a peaceful protest against UK restrictions on Thursday. London welcomed their departure from the area later that day, while Paris vowed to continue to stand up for its fishing rights.