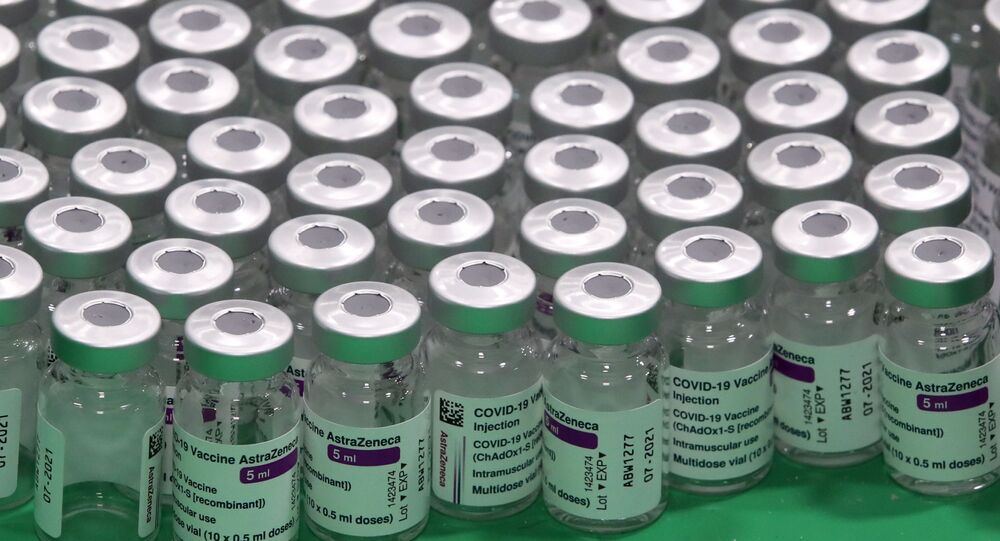 Despite patients potentially facing a higher risk of thrombosis than initially expected, the researchers described the results “generally reassuring” and found the debated vaccine to yield a net gain, both at the level of society and at the individual level.

A study of Danish and Norwegian residents who have been administered the AstraZeneca vaccine has concluded that the benefits of the shot still outweigh the risks.

The study by researchers at the University of Southern Denmark and at the Norwegian Institute of Public Health, the most comprehensive and systematic in both countries to date, found that vaccine recipients faced a one in 40,000 risk of getting a blood clot in the brain, and a one in 9,000 risk of blood clots developing in their veins, which is slightly higher than expected.

“In the vast majority of countries, it will still overall, no doubt, be net beneficial to use this vaccine, both at the level of society and at the individual level,” Anton Pottegård, a professor at the University of Southern Denmark and the lead author of the study told the Danish newswire Ritzau.

The study is based on data from the reputable Danish and Norwegian health registries, which has made it possible to make a systematic follow-up of the 280,000 vaccinated people aged 18-65 who have received Vaxzevria (the market name of the AstraZeneca vaccine) in Norway and Denmark. The recipients of the vaccine were followed for 28 days after their vaccination and tracked for diseases and symptoms that can be interpreted as possible side effects. The incidence of these diseases was compared with the incidence in the background population.

Pottegård described it as the first “bottom-up study”, and the crew found the results “generally reassuring”.

“Until now, people have been dependent on spontaneous reports on the individual patients, and this means a risk of under-reporting the side effects,” Pottegård said.

© REUTERS / NYIMAS LAULA
'Don't Vaccinate the Young and Healthy': Swedish Doctors Pen Open Letter Against Blanket Inoculation
He said that although the side effects were too rare to outweigh the benefits in most countries, Denmark’s decision to completely stop the vaccination with the AstraZeneca shot was nonetheless understandable.

“In the Danish setting, I agree there is a case that the benefits do not outweigh the risks,” he said. “We only have fairly young people left for vaccination, a very low rate of transmission, and our healthcare system is not overwhelmed at all, and we have other vaccines incoming,” Pottegård told The Local.

He also ventured that neither taking contraceptive pill, being overweight or having a previous thromboembolic history seem to be risk factors for developing side effects such as thrombosis and haemorrhage, as was suggested before. According to Pottegård, this problem is rather related to the immune system and its response.

Earlier this spring, both Norway and Denmark, together with a dozen other nations, suspended its rollout of the AstraZeneca vaccine after a small number of cases of blood clots combined with bleeding and low platelet counts.