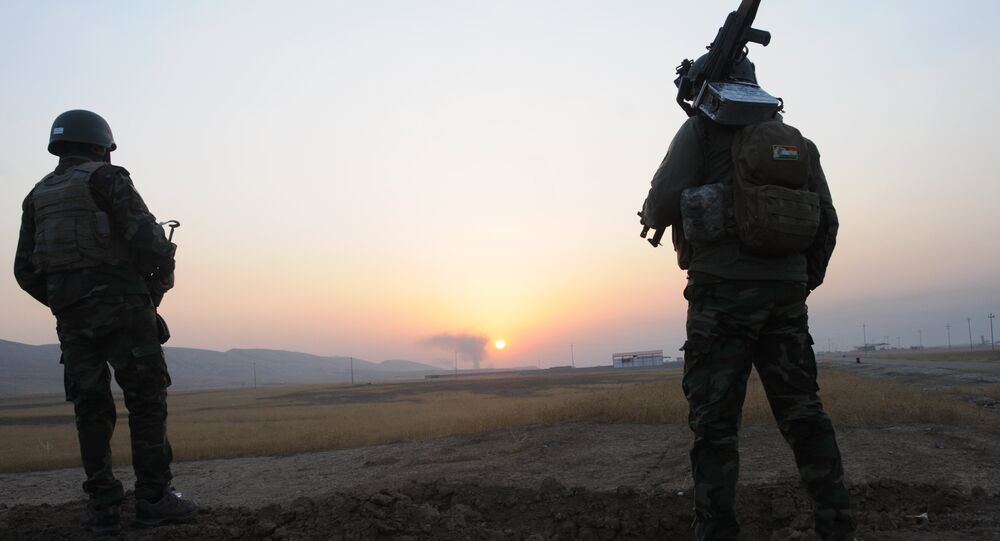 By contrast, Sweden, one of Europe's leading jihadi exporters per capita, has been notoriously lax about holding Daesh* returnees accountable for crimes committed. Charges are seldom pressed due to the heavy burden of proof.

The Supreme Court of Sweden has sentenced a former Peshmerga fighter who fought against Daesh in Syria for war crimes.

During the war in Syria, the 35-year-old Kurdish man was photographed posing with the dead bodies of Daesh combatants, the news outlet Fria Tider reported.

In connection with the offensive, the man posed on four occasions in photographs and in a film in front of maimed and mutilated enemy corpses alongside his brothers in arms. The photographs and the film, which featured the soldiers putting their feet on the dead bodies, were later published on social media.

The man sought asylum in Sweden in December 2015 together with his family.

The man was charged with violating the law on punishment for genocide, crimes against humanity and war crimes due to the fact that he had seriously violated the personal dignity of the deceased through humiliation or degrading treatment. Hereby, the Supreme Court upheld the previous verdicts of the district court and the court of appeal.

© AFP 2021 / TT NEWS AGENCY / DRAGO PRVULOVIC
Sweden 'Not Basically Prepared to Deradicalise' Returnees, Professor Says
The questions in the Supreme Court have mainly concerned whether the concept of legal protection encompasses dead people and whether the act of posing in that case constitutes a violation of personal dignity. Furthermore, yet another central question was whether a war crime is a crime of such a nature that it should be immediately followed by imprisonment.

In its judgement, the Supreme Court concluded that dead people also enjoy the protection of international humanitarian law, with which Swedish legislation concurs.

The man was therefore sentenced to one year in prison for the for four counts of war crimes.

By contrast, Sweden, which at the height of Daesh's so-called “caliphate”, produced some 300 jihadists to join their cause in the Middle East, among the highest rates per capita in Europe, has been notoriously lax about holding the returnees accountable for crimes committed. Charges are seldom pressed due to the heavy burden of proof. Instead, Sweden leans on various de-radicalisation programmes featuring psychological counselling, vocational training and assistance.