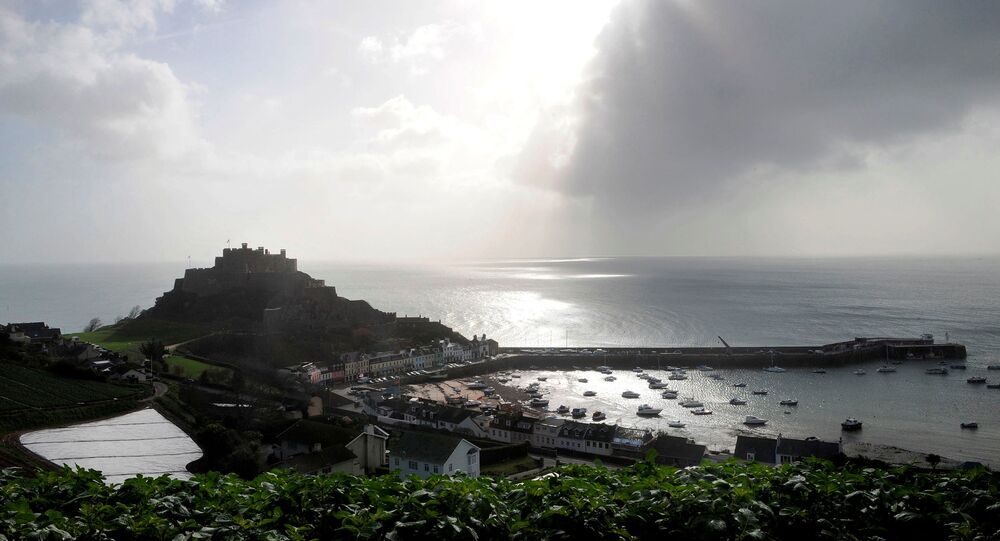 Earlier, France threatened to cut off electricity to the island of Jersey over delays in the issuing of fishing licenses to French boats under a new system, with the Jersey Foreign Affairs Minister blaming the "confusing" post-Brexit trade deal negotiated between the UK and European Union last year for the impasse.

As tempers flare over post-Brexit fishing rights to waters around the largest Channel island, the UK is dispatching two Royal Navy river-class patrol boats to the area around Jersey amid fears of a blockade by French fishing vessels. A fleet of French boats is already on course for Jersey, reported Sky News.

The Portsmouth-based HMS Severn and HMS Tamar deployed on Wednesday and Thursday, respectively, to Jersey, a Crown dependency, armed with cannons and two on-deck machine guns.

“HMS Severn and HMS Tamar are deploying to Jersey to conduct maritime security patrols. This is a strictly precautionary measure and has been agreed with the Jersey government,” a Ministry of Defence spokesperson was cited as saying.

In a reciprocal move, French authorities have confirmed to Sky News that the Military Ops ship Athos will be arriving "imminently" to carry out a "patrol mission", with local reports suggesting another vessel is also en route to the waters around the British Channel Island of Jersey.

The deployment echoes the cod wars of the 1970s, which saw violent clashes between British vessels and Icelandic fishers. The move was announced by Downing Street as a “precautionary measure” ahead of planned protests by French fishermen at Jersey's port of St. Helier, reported The Guardian.

I've counted 44 boats in the bay around St Helier with HMS Severn observing from the left. BBC radio reporting that some local fishermen joining the protest. Talks yesterday between French and Jersey have gone "some way to ending the confusion" over licences. pic.twitter.com/bHHqRq7yhy

​It also comes in the wake of France’s threat to cut off the island's electricity; Jersey began issuing licenses to French boats under a new, post-Brexit system last week.

Britain’s Prime Minister Boris Johnson vowed "unwavering support" for Jersey, located 14 miles (22 km) off the coast of France, insisting on Wednesday night that "any blockade" by French boats would be "completely unjustified".

The decision to deploy gunboats followed Johnson’s talks on Wednesday evening with Jersey's Chief Minister John Le Fondré and Minister of External Affairs Ian Gorst, with the officials underscoring the urgent need for a "de-escalation in tensions" between the Crown dependency and France.

"We are expecting a peaceful demonstration by the French fishermen outside St. Helier Harbour tomorrow morning. The responsible Ministers and government officials have met this evening to ensure that the very best plans are in place to ensure Islanders interests are properly protected at all times. We remain confident in our ability to do this,” said Senator Le Fondre and Minister for External Relations, Senator Ian Gorst in a statement.

Grateful to Prime Minister @BorisJohnson for speaking with @Ian_Gorst and me this evening, and offering his wholehearted support in de-escalating the tensions between Jersey and our French neighbours over fishing access.

​In response, the head of fisheries for the Normandy region, Dimitri Rogoff, was quoted by AFP as saying that 100 French fishing vessels would sail on Thursday as part of a protest against the new fishing rules but would not attempt to block the port at St. Helier. He added the boats would return to France in the afternoon.

Jersey in the Crosshairs of UK-France Row

Jersey has found itself at the heart of the latest flare-up of the post-Brexit fishing row between the UK and France, which had been a key sticking point in trade talks with the EU.

Under the terms of the UK-EU Trade and Cooperation Agreement, French boat operators seeking licences for access to Jersey’s waters must provide a history of fishing in the area.

However, the French side has claimed that additional requirements were added that "were not arranged or discussed, and which we were not notified about".

Jersey published on 30 April a list of licences issued for 41 French boats over 12 metres that had met the requirement that they had fished in Jersey waters for at least 10 days over a period of 12 months in the past three years.

While 17 boats were not able to receive the licences, those that did were also provided with a list of other demands that the French government decried as unfair conditions.

Chris Le Masurier, of Jersey Oyster and Normandy Trader Freight, was cited by the BBC as saying:

"I see it as very much an insult to them and they are extremely upset. The criteria that they were given was to prove they have fished in Jersey waters for 10 days. Nothing about what species were caught, nothing about if you've fished for 20 days or 30 days [and having to] prove that."

The complaints were dismissed by Don Thompson, President of the Jersey Fisherman's Association, who stated that French vessels "had since 1 January" to comply with the new rules.

The fishing row escalated after incendiary comments on 4 May by France’s minister for maritime affairs, Annick Girardin.

On Tuesday Girardin, “revolted” by lack of access to Jersey’s waters for French boats that had ostensibly operated there for decades, warned that the Crown dependency’s electricity supply – 95 percent of which is delivered by three underwater cables from France - could be cut off in retaliation.

Senator Ian Gorst was cited by The Guardian as saying that the threat of a blockade was the more imminent danger.

“That is very possible… They have done so with our sister Channel island [Guernsey] in the past, in the 90s, so we are preparing for our eventuality. It may even be as soon as [Thursday]. We have got contingency emergency committees that are preparing for that eventuality… Frustrations are running very high.”

Weighing in on the row, Downing Street underscored, via its spokesperson that threats against Jersey were “unacceptable and disproportionate”.

"We trust the French will use the mechanisms of our new treaty to solve problems," it was added.