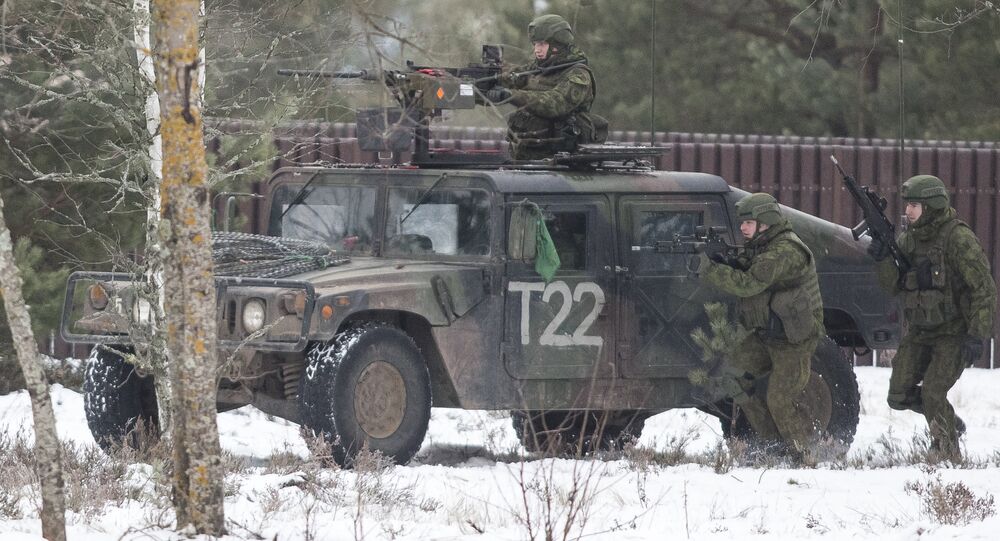 The arrangement is seen as a way to cut delays and red tape at EU borders which so far act as a barrier to foreign troops if they want to redeploy to another part of the bloc – for example, closer to Russia's borders.

Three non-EU countries, the US, Norway and Canada, have joined Brussels' initiative aimed at improving redeployment speed for troops in Europe, Reuters reported citing anonymous diplomatic sources. At the same time, there have been no signs of the UK, which dropped out of the EU recently, seeking to join the initiative. The decision to adopt the first three foreign participants in the project will reportedly be made official on 6 May, the news agency's sources claim.

The EU's Permanent Structured Cooperation (PESCO) pact was proposed by the Netherlands as a way to harmonise customs rules of the participating 25 EU states (Malta and Denmark opted out of it) and remove red tape that prevents unimpeded movement of servicemen and military equipment, including weapons, across the European borders. The initiative also aims to spend 1.7 billion euros ($2 billion) upgrading the bloc's transport infrastructure for these purposes, such as bridges that can no longer safely hold transported tanks.

"It is also very important for transatlantic cooperation, good cooperation between EU members and NATO allies," one of the sources told Reuters.

The PESCO is designed mainly to help the NATO alliance, which repeatedly floated the unsubstantiated idea that Russia may pose a threat to European security. The transatlantic treaty was one of the main advocates for resolving the issues with conflicting European regulations regarding movements of military personnel and equipment. As a result, most of the 27 EU states agreed to join PESCO in December 2017.

© CC0
Up to Old Tricks Again? US Patrol Cutter Kicks Off 'Transit Into Black Sea'
NATO's jets and warships have been increasing how many patrols they carry out in the direct proximity of Russian borders ever since relations between Moscow and the western states started to deteriorate in the wake of a government coup in Ukraine supported by the US and European countries. The Kremlin repeatedly warned NATO's forces against carrying out patrols and exercises so close to Russian borders calling them "provocations".
...
Reddit
Google+
Blogger
Pinterest
StumbleUpon
Telegram
WhatsApp
123

NATO Chief Accuses Russia of Aggression: What Did He Miss?

Crime That Won't Be Forgotten: 20th Anniversary of NATO Aggression in Yugoslavia