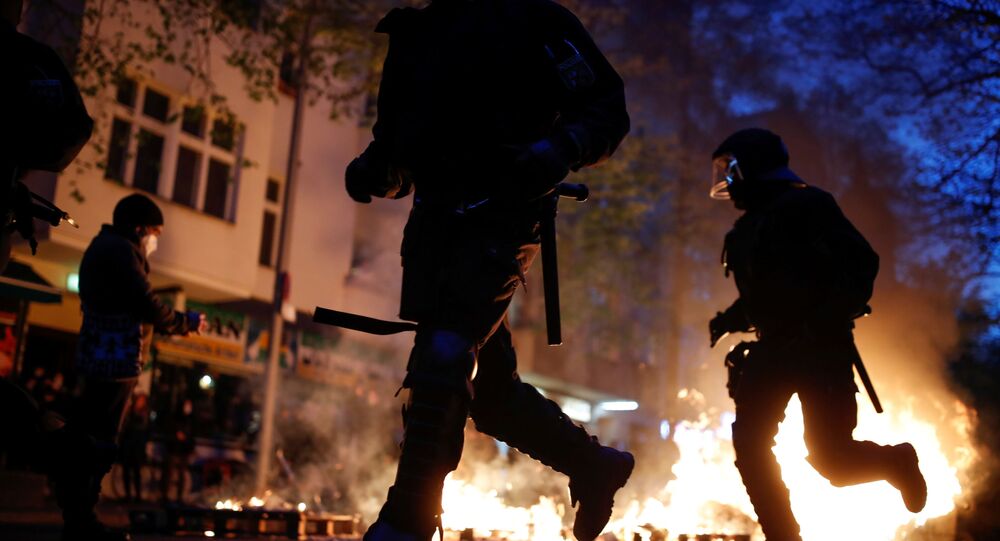 "After some of the demonstrators were escorted by the police away from the column due to violations of COVID-19 regulations, most of the participants went to the side streets, but a small group began throwing stones and bottles at the officers," she said.

Demonstrators also reportedly lit up firecrackers, set several garbage cans and wooden pallets on fire. The police are currently trying to restore order at the scene.

The police announced that it would begin detaining those who participate in aggressive actions and warned about using "special equipment." Soon, the march was ended by the organizers due to violent behavior of some of its participants, the law enforcement told Sputnik.

There is yet no information available on the numbers of those arrested or injured.

Earlier in the day, the police temporarily halted the march until participants followed the COVID-19 regulations. In total, about 10,000 people took to streets during May 1 rallies across Berlin.