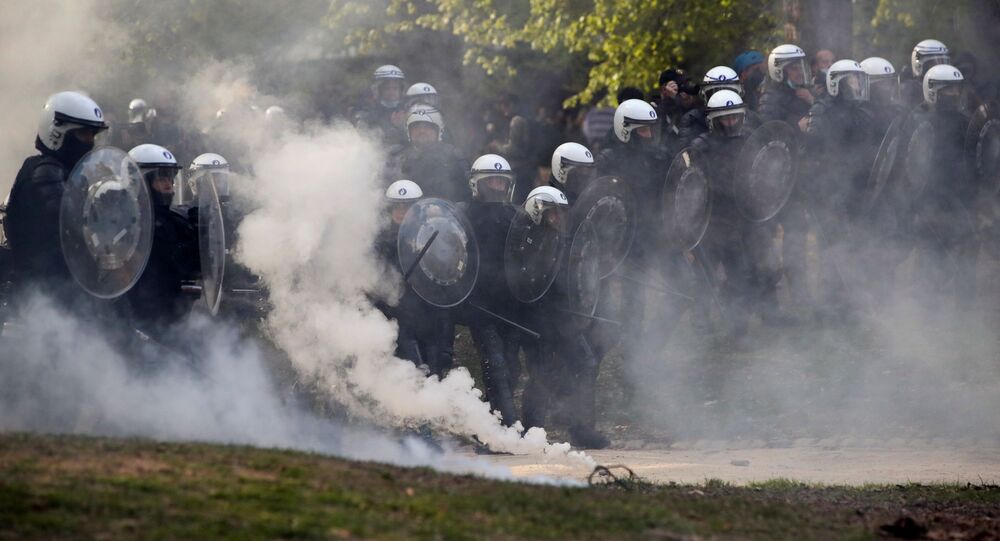 In the afternoon, thousands of people came to the Bois de la Cambre for the festival despite it being banned by the authorities due to current COVID-19 restrictions. Initially, the police did not intervene and only urged the crowds to wear masks and maintain social distancing.

However, later in the day several hundred of law enforcement officers surrounded the festival participants in an attempt to force them out of the park. In response, people began throwing stones, tree branches and bottles at the police.

As a result of the clashes, several people were transported to the hospital in an ambulance. A man lost consciousness after being run over by a water cannon and was treated for his injuries.

Some of the festival participants left the park, the rest continued their attempts to gather in other places.

The festival's organizers urged people to attend the event on social networks over the past week. At the request of the authorities, Facebook deleted the page on Thursday, but a new one appeared the next day. Several thousand users confirmed their intention to come to the park to participate in the festival.

On Friday, Belgian Prime Minister Alexander De Croo asked citizens to be patient and announced that outdoor events for up to 200 people will be allowed in the near future. Currently, large public gatherings are still restricted in the country and the authorities have warned that they will exercise force to disperse crowds.