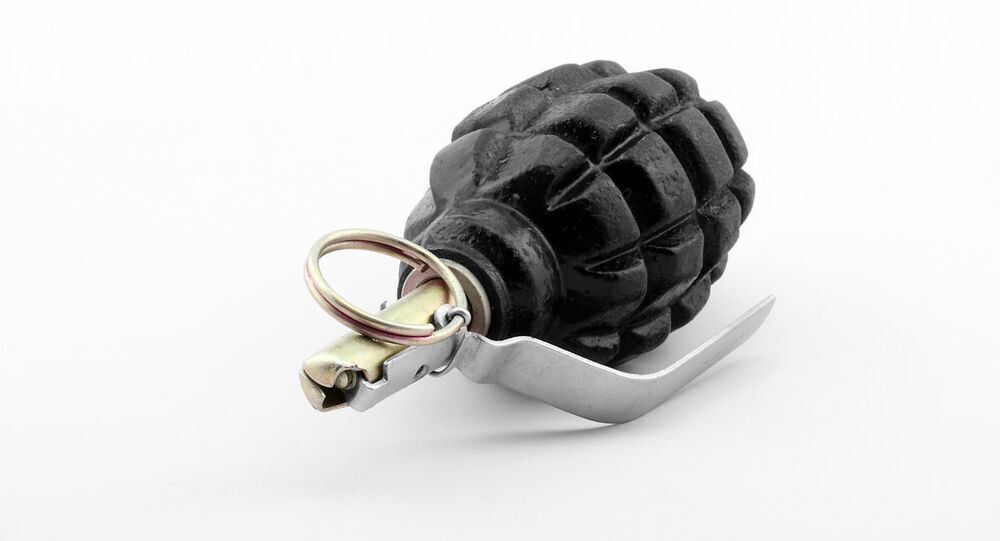 Weapons of Love, Not War: 'WWII Hand Grenade' Found in Bavarian Woods Turns Out to Be Rubber Sex Toy

Despite WW2 being over for decades, plenty of unexploded munitions remain buried in Germany, with an estimated 2,000 tonnes of ordnance dating to the period discovered annually, sometimes requiring the evacuation of tens of thousands of residents from their homes.

A recent suspicious discovery in the woods of Bavaria, while initially triggering fears over its possibly link to WWII, has turned out to be a false alarm, while raising some eyebrows.

A jogger had reported finding a bag containing what looked like a hand grenade in a forest outside the city of Passau, near Germany’s borders with Austria and the Czech Republic, according to German news agency dpa.

A German police bomb squad was called to investigate. The discovery of munitions dating back to the Second World War, that lasted from 1939 to 1945, is a regular occurrence in Germany, even more than 75 years after its end.

However, upon closer inspection, the contents of the bag yielded condoms and a lubricant, helping the experts to determine that the ‘offensive’ weapon was, in fact, a rubber grenade replica.

“An internet search confirmed the suspicion. There are actually sex toys in the form of hand grenades,” said the police in a statement.

Netizens on Twitter were tickled over the ‘kinky’ find.

They've adopted the slogan "kill them with kinkiness"

Man, I really need to get out more. A Bavarian forest huh??

Explosive orgasms can be dangerous too.

Well shit, some people have to fight those sorts of things every nights