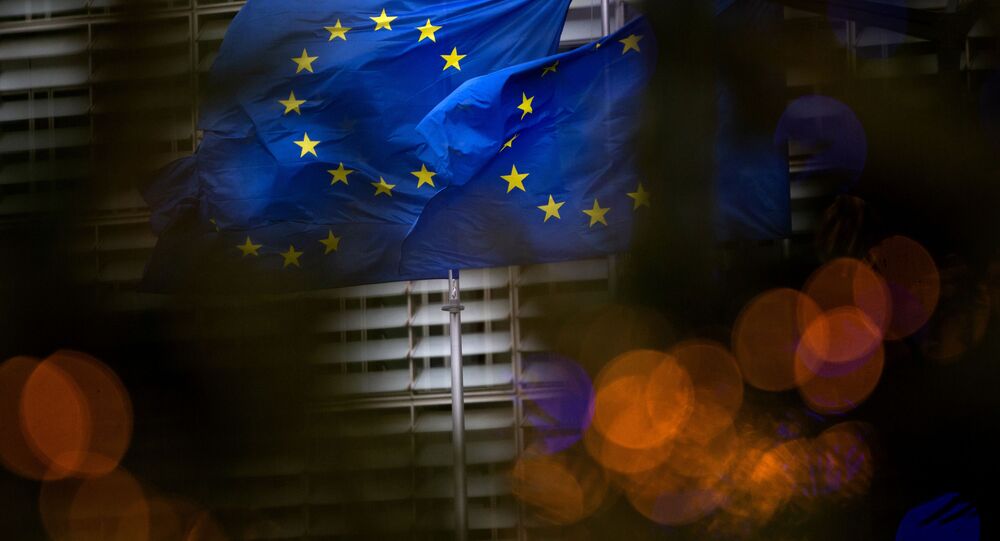 On Tuesday, the European Parliament will hold a vote on whether the divisive post-Brexit deal, which has been provisionally effective since 1 January, when the transition period ended, will apply permanently.

The EU could go for reciprocal measures or "reprisals" against Britain if it fails to make good on its commitments under the post-Brexit deal, said Clement Beaune, the incumbent secretary of state for European affairs in the French government.

"One shouldn't be naïve. A good deal is good only provided it is well implemented. And we'll check if Britain is doing it seriously", Beaune told the TV channel BFM Business on Tuesday, adding they had already launched a formal procedure pertaining to the matter.

According to the diplomat, the reciprocal measures could cover other sectors, as well.

"The United Kingdom is expecting quite a few authorisations from us for financial services. We won't give any for as long as we don't have guarantees on fishing and other issues", he noted.

He mentioned the upcoming vote in the European Parliament on Tuesday, which "will allow the deal to take force in full". "It'll change nothing for the companies that for instance, export to Britain. Everything will proceed, like it has been since 1 January. But this is important, it gives us a leg-up for reacting, should the UK fail to deliver on its commitments", Beaune explained.

President of the European Commission Ursula von der Leyen likewise warned the Boris Johnson government that the EU "will not hesitate" to take action against the UK should it not meet the terms of the Brexit trade deal. The politician said the Trade and Cooperation Agreement has "real teeth", promising that "unilateral remedial measures" will be deployed "where necessary".

On Tuesday, the EU vote will determine the future of the post-Brexit arrangements, which have applied temporarily since 1 January, regulating bilateral EU-UK relations post-Brexit. Earlier this month, it was greenlit by the European Parliament's foreign affairs and foreign trade committees.

Although Britain formally exited the EU on 31 January 2020, there was a lengthy 11-month transition period afterwards, which saw the sides divided over mutually acceptable economic arrangements.

Under the finally clinched trade deal, the UK is no longer part of the European free trade zone or EU's customs union, but the sides continue to trade freely, without customs or quotas. If a range of EU bodies approve it, it will be effective on a permanent basis.

Yet, a number of sticking points are still there.

Fishing Rights, or Where Division With France Lies

For neighbouring France, for instance, the highly sensitive sector in post-Brexit talks continues to be fishing rights in the region. Paris on Tuesday threatened "reprisals" against the UK unless a clear-cut deal on this is worked out.

The UK proclaimed the waters washing its islands as sovereign, and is supposed to give quotas to French fishermen to operate there. The latter, however, have of late strongly complained about difficulties in obtaining licenses.

© AFP 2021 / WILLIAM EDWARDS
Guls surround a fishing trawler as it works in the North Sea, off the coast of North Shields, in northeast England on January 21, 2020

They began a protest movement last week by blockading trucks bringing fish from Britain to France, saying that only 22 boats out of 120 from the Boulogne-sur-Mer port had obtained a license for British waters.

The UK authorities moved to bust the French industry's claims at the time, insisting last Friday that 87 French boats had obtained permits to fish within six to 12 nautical miles from the UK coast.

The British fishing sector, for its part, called out the EU's red tape that it says stands in the way of the export of catches to European countries.

In January, enraged about the severe delays to shipments, British exporters drove lorries to downtown London to make their stance clear to the UK government.