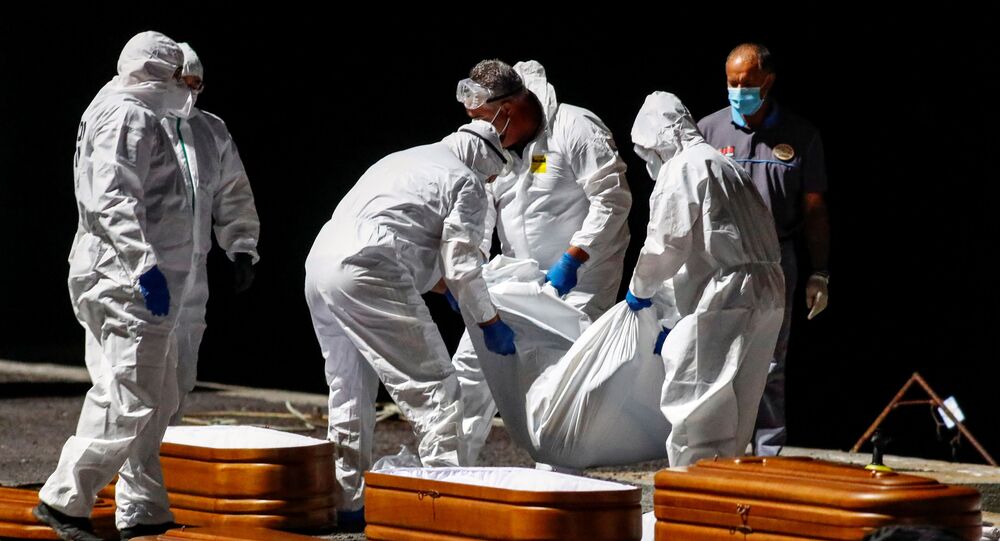 More than 1,850 Africans died while being trafficked in small boats to the Canary Islands of Spain in 2020, and the rate of new arrivals has more than doubled in the first quarter of this year according to immigration monitors.

The dead bodies of 17 African migrants have been discovered on a boat off the Canary Islands — with just three survivors saved by Spanish rescuers.

The Spanish maritime rescue service said the boat was spotted about 265 nautical miles southeast of El Hierro, the southwestern-most of the archipelago that lies off the coasts of Morocco and Western Sahara.

A spokeswoman for the service told the AFP agency a helicopter was dispatched to pick up the survivors. "The three had hypothermia but were otherwise in good shape," she said, adding that they were flown to the island's small Nuestra Señora de los Reyes hospital.

Those found aboard were all from sub-Saharan Africa, the spokeswoman said, but it was unclear where it had set sail from.

Just two weeks earlier another boat was found south of El Hierro with 23 migrants aboard, four of whom had perished. The 19 survivors were airlifted to a hospital in Tenerife, one of the two largest islands, with 16 in a "serious condition according to the Red Cross.

© AP Photo / Gareth Fuller
Nigel Farage Urges Action After 12 Trafficked Migrants Test Positive for COVID-19
Verdant El Hierro is the second-smallest and least-populous of the seven Canary Islands, with just 11,000 inhabitants of the 2 million Canarian population. The volcanic island chain is a popular destination for tourists and ex-patriot residents from the UK, Germany and other European countries.

Southern Morocco's coast is just 60 miles (100 km) from the eastern island of Fuerteventura at its closest point, but the channel is dangerous to cross due to strong Atlantic currents.

Illegal immigration from western Africa has increased this year as heightened maritime patrols in the Mediterranean have discouraged human trafficking via Libya, Turkey and elsewhere. Around 3,400 migrants reached the Canaries in the first three months of this year — more than double the number in the first quarter of 2020.

A shocking 1,851 people died while being trafficked by sea to the islands last year, according to the Caminando Fronteras group which monitors immigration.