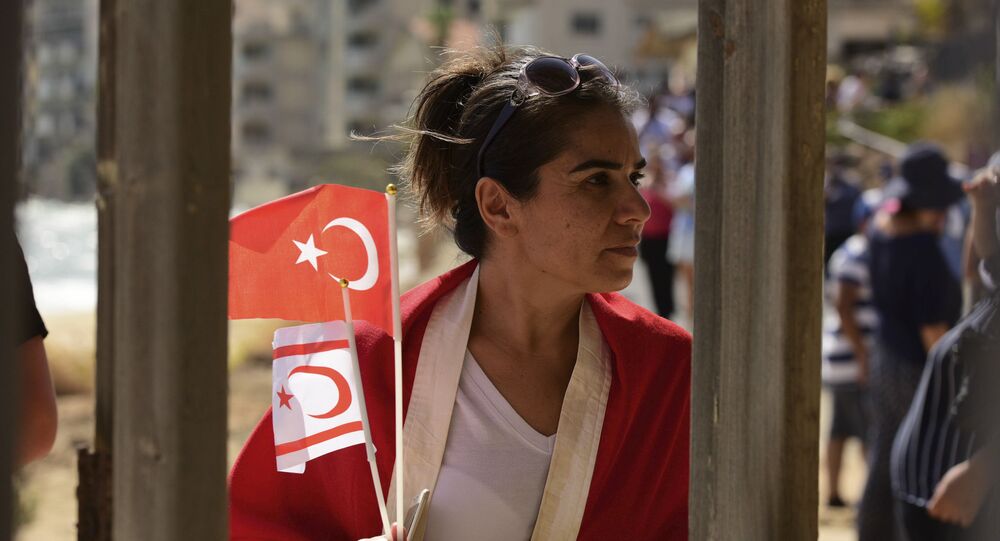 Once More With Feeling: UN Tries to Get Cyprus Talks Back on Track With ‘Two-State Solution’ Looming

The island of Cyprus was a British colony until 1960 when it was granted independence. But in 1974 a Greek nationalist clique took over and threatened the Turkish Cypriot minority, leading to Turkey sending in troops.

Fresh talks over the future of Cyprus commence in Geneva on Tuesday, 27 April, with the Turkish Cypriot side saying they now felt a “two-state” solution was the only answer to the island’s political stalemate.

Ersin Tatar, who was elected president of the Turkish Republic of Northern Cyprus (TRNC) in October, said he hoped the idea would bring a "new vision" to the talks, even though it has already been dismissed by the Greek Cypriot side.

​Tatar and Nicos Anastasiades, President of the Republic of Cyprus, will arrive in Geneva for UN-brokered talks which will also involve delegations from Turkey, Greece and the former colonial power, Britain.

The United Nations has policed the border between the two sides since hostilities ended following Turkey’s invasion in 1974.

In 2004 a deal to reunite the island, brokered by then UN General Secretary Kofi Annan, was approved by the Turkish Cypriots in a referendum but rejected by the Greek Cypriots.

The TRNC is only recognised by Turkey but its leader, President Tatar, said more than 40 years of talks about reuniting the island politically had been unsuccessful and it was time for a "realistic" approach.

​Before he left, Tatar told Reuters: "I'm going there to put forth my new vision. My new vision is two sovereign states living side-by-side in a good, neighbourly relationship, to cooperate in any way, to promote welfare for all Cypriots.”

"When I say two states, I obviously mean the recognition of the Turkish Cypriots. We are as sovereign as the Greek Cypriots," he added.

But Lobby For Cyprus, a Greek Cypriot pressure group in London, said: “In a typical display of intransigence and belligerence Turkey and its subordinate regime in the occupied territories of Cyprus have attempted to up the ante and further poison the political climate by once again promoting the maximalist notion of a ‘two-state’ solution.”

They said this would “once and for all carve up the Republic of Cyprus into two states.”

The three-day informal meeting in Geneva is designed to see if there is any common ground and any potential for formal negotiations.

The pandemic has brought a fresh challenge on the island with the two governments on the island imposing different health requirements for allowing travel.