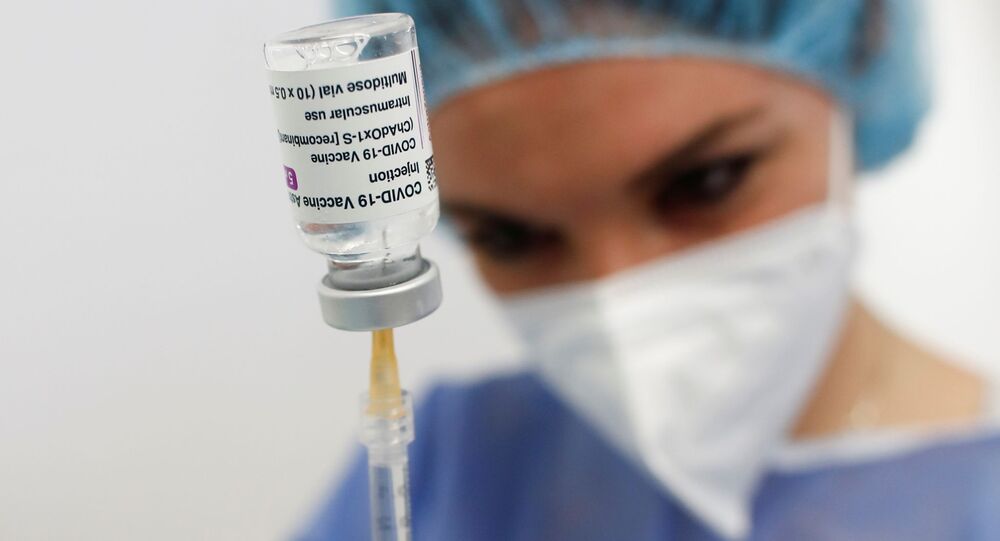 London and Brussels are still at loggerheads over supplies of the AstraZeneca vaccine, with the EU accusing the UK of blocking exports of the inoculation amid the bloc's efforts to facilitate vaccination programmes.

The UK has again prevailed over the EU in securing at least 100 million COVID-19 vaccine doses – this time from the French manufacturer Valneva, the Daily Mail reported on Sunday.

The newspaper referred to official notes from a recent internal meeting of EU ambassadors, which stated that the deal proposed by Valneva "so far remains below expectations for [EU] member states", in part because the company's contract is "explicitly giving priority to the UK over the EU".

The ambassadors complained that the European Commission has received "no commitment from the company on delivery schedules" related to the supply of 60 million vaccine doses to the bloc.

The remarks followed a statement by Valneva last week that it would be discussing deals "on a country by country basis" and that it was "consequently de-prioritising centralised discussions with the European Commission".

A commission spokesperson, in turn, said that Valneva had "not, at this stage, succeeded to meet" the contractual conditions demanded by Brussels.

"When companies want their vaccines to be integrated in our vaccines portfolio, a certain set of conditions has to be respected", the spokesperson added.

The developments come as the EU and the UK remain embroiled in a bitter row over the export of the AstraZeneca vaccine produced by the Anglo-Swedish manufacturer. Brussels accuses London of blocking exports of the inoculation as the bloc struggles to obtain sufficient supplies to speed up its vaccination programmes.

Commenting on the situation, European Commission President Ursula von der Leyen told Reuters in late March that "it's hard to explain to our citizens why vaccines produced in the EU are going to other countries that are also producing vaccines, while hardly anything is coming back".

She added that "all options are on the table" and that the EU is "in the crisis of the century", saying she is "not ruling out anything because we have to make sure Europeans are vaccinated as soon as possible".

UK Prime Minister Boris Johnson responded to von der Leyen's remarks by stressing that he opposed "vaccine nationalism in all its forms".

© REUTERS / NYIMAS LAULA
EU Says Benefits of All Approved Vaccines Outweigh Risks Amid AstraZeneca Safety Concerns
A number of European countries, including Denmark, France, Germany, Italy, and the Netherlands, has, meanwhile, suspended the use of the AstraZeneca vaccine amid reports of blood clotting as a side effect of taking the jab.

The EU has so far fully vaccinated 7% of its population, as compared to Britain's 15%, according to the latest figures from the UK Department of Health.