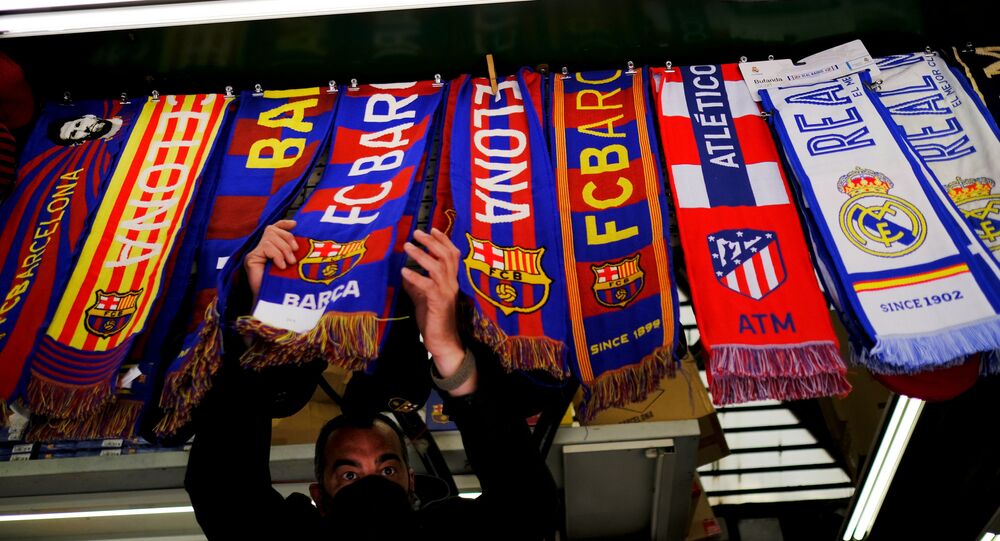 British Prime Minister Boris Johnson has hailed the welcomed the decision by six English clubs to withdraw from the planned European Super League, which is now on the verge of collapse. But was there a kernel of truth in what one of the ringleaders of the ESL project said?

The idea of a European Super League seems dead in the water after half of the clubs which originally supported it pulled out following a huge negative reaction in England.

Manchester City were followed by Chelsea, Arsenal, Manchester United, Liverpool and Tottenham Hotspur in withdrawing their support for the controversial project which would have set up a league from which none of the big clubs could be relegated.

​The idea appears to have been based on US leagues like basketball’s NBA and baseball’s MLB - where the same "franchises" battle it out every season - but it went down like a lead balloon with football fans across Europe.

In trying to justify the decision to launch the league Real Madrid’s billionaire owner Florentino Perez said: "Football has to change and adapt."

​He told the Spanish TV programme El Chiringuito: "We have to analyse why young people, 16-to-24-year-olds, 40 percent of them aren't interested in football. Why? Because there are a lot of low-quality games, and they have other entertainment platforms."

Perez added: "It's a reality. They say the games are too long. We have to change something if we want football to stay alive. Sometimes we don't understand our children or grandchildren."

Perez argued teenagers and those in their early 20s were not interested in watching Premier League matches between Brighton and Burnley or Primera Liga games between Villareal and Getafe and craved for mouthwatering clashes between Liverpool and Real Madrid or Manchester United and Juventus every week.

​When he mentioned other “entertainment platforms”, it was a nod to Netflix, gaming and the profusion of YouTubers who are hugely popular with young people across Europe.

So are young Europeans changing their tastes?

Other sports have noticed it too.

Boxing has gone into decline, with fewer young people getting involved or watching it on television, and more youths following MMA.

The only boxing events young people are interested in are either megabouts like the long-promised one between Anthony Joshua and Tyson Fury or novelty fights like 54-year-old Mike Tyson’s recent clash with another ageing ex-champion, Roy Jones, or YouTuber Jake Paul’s victory against MMA fighter Ben Askren at the weekend.

​Elsewhere in the world other sports are losing out in popularity - in the West Indies cricket is finding it harder to appeal to young Jamaicans or Barbadians who have switched to following basketball and the NBA.

So is Perez right? Does football need a reboot if it is to compete against e-sports, Netflix, TikTok and the myriad other attractions facing young people in the 2020s?

"But not this way, using a very American model which is alien to the values that European holds dear - the uncertainty of qualification, the romance of the underdog, the heartbreak of relegation and the euphoria of promotion,” he added.

Mr Cacciottolo told Sputnik: "Young people have other things to do than watch football. Gaming is massive, Netflix has grown, these huge leaps in interest will affect traditional entertainment. But football isn’t dying. The rich club owners just want more money. That's it."