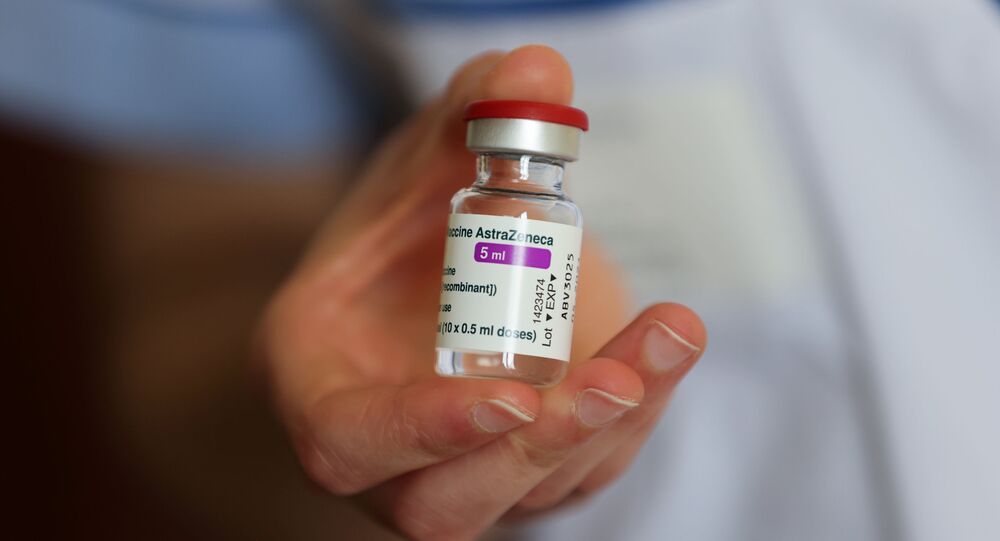 Earlier, Denmark became the first European nation to withdraw the AstraZeneca COVID-19 vaccine from its national inoculation programme over rare but serious side effects such as blood clotting and haemorrhaging amid low platelet counts.

Denmark is currently in talks with a number of other countries about exchanging its shelved COVID-19 vaccines from AstraZeneca for those from Pfizer and Moderna, the country's Health Minister Magnus Heunicke has confirmed.

“Here and now, we still need safe and approved vaccines. That is Pfizer and Moderna at this time,” Heunicke said, as quoted by the newspaper Kristeligt Dagblad. “If we can arrange a swap deal with other countries whereby we send AstraZeneca vaccines to them and we get some of their Pfizer vaccines, that would naturally be interesting,” he added.

Heunicke didn't reveal the exact countries Denmark has been negotiating with, stressing that discussing the success of the enterprise was too early. However, he emphasised that there was no lack of interest in the Danish offer.

“There are many countries around us which have an epidemic on a completely different level compared with Denmark,” he said.

However, Heunicke stressed the urgency of Denmark's position as well. “The sooner we can get the population vaccinated, the faster we can lift Denmark out of the pandemic,” he said.

Last week, Denmark dropped the AstraZeneca COVID-19 vaccine from its national inoculation programme, becoming the first European country to do so over suspected rare but serious side effects that included blood clotting and haemorrhaging amid low platelet counts.

The withdrawal left around 150,000 people who have received AstraZeneca as their first vaccine dose, including many healthcare sector workers, hanging. The Danish Health Authority confirmed that people who have received the first shot of the AstraZeneca vaccine will be offered a second dose from another company around twelve weeks after the first one.

The decision to mix vaccines has triggered polarising reactions from medical professionals. While professor in vaccine design Camilla Foged of the University of Copenhagen emphasised that there was no data to support the effectiveness of mixing vaccines, Eskild Petersen, a professor of infectious medicine at Aarhus University, said he was “relatively comfortable” with the decision, despite having no data, as vaccine mixing is “generally possible”.

Danish Health Authority director Søren Brostrøm rejected suggestions that Denmark was “experimenting” with vaccine mixing, stressing that it is a common medical practice.

To date, Denmark has seen over 244,000 COVID-19 cases with nearly 2,500 deaths. So far, it has managed to inoculate 8.7 percent of its population using a combination of vaccines.