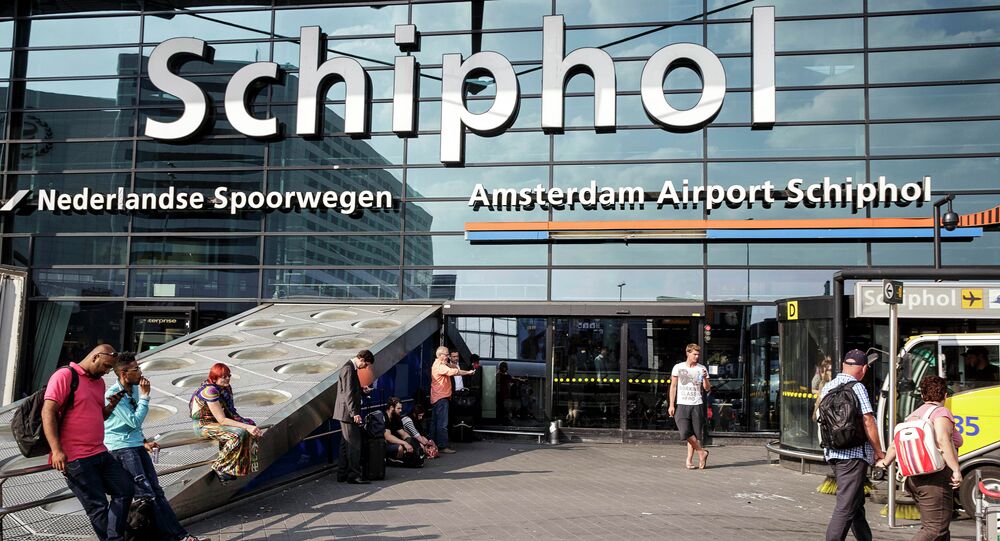 PARIS (Sputnik) - A body of an unidentified person was found in the landing gear compartment of a plane that had arrived from Nigeria's Lagos to Amsterdam's Schiphol Airport, the Dutch Royal Military Police reported on Tuesday.

"We are investigating the discovery of a body in the landing gear of an airplane that arrived from Lagos (Nigeria)," the police tweeted, adding that the Schiphol airport police unit and forensic investigators were working on establishing the person's identity and cause of death.

According to the Dutch media, the body was discovered by the airport technical staff in the KLM airlines plane. The victim was reportedly a stowaway and was killed by the low temperatures during the flight.

This is the second incident when a stowaway was found dead on the plane. In February, a 16-year-old boy from Kenya was found hidden in the landing gear of a plane flying from London to Maastricht Aachen Airport. He survived but was hospitalised with severe hypothermia.