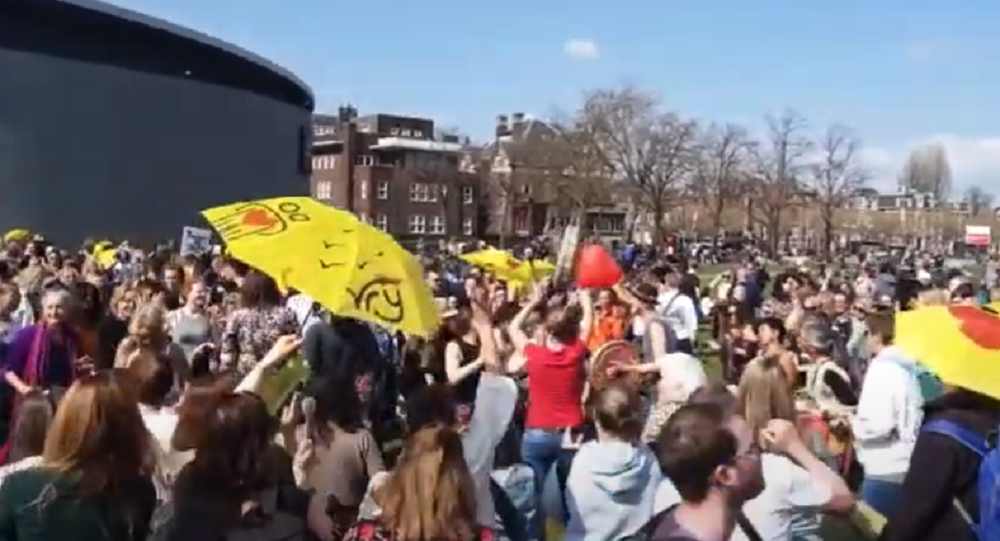 About 200 People Gather in Amsterdam to Protest Against COVID-19 Measures - Photos, Video

AMSTERDAM (Sputnik) - About 200 people gathered on Sunday at Museum Square (Museumplein) in central Amsterdam to protest against the government's restrictions imposed to curb the spread of coronavirus in the country, a Sputnik correspondent reported from the scene.

Protesters chanted slogans calling on the authorities to lift the restrictions so that people could again "drink coffee together" and "return to normal life."

The demonstration lasted for three hours and ended without clashes with law enforcement forces.

​Rallies against the COVID-19 measures have been underway over weekends in Dutch cities for several months. The police have repeatedly carried out mass arrests and used water cannons.

​The Dutch authorities introduced an almost complete lockdown on 15 December 2020. All stores in the country were closed, except for those selling food and essential goods. Also, restaurants and cafes, museums and theaters, amusement parks and zoos, casinos and saunas, swimming pools, sports facilities, catering points, hairdressing salons, beauty salons and tattoo parlors were closed.

In February, the authorities announced a series of concessions. The work of kindergartens, schools and secondary specialized institutions resumed, then the work of contact professions was allowed: hairdressers and beauty salons were opened. Some shops also started working.

Earlier in April, country's acting Prime Minister Mark Rutte announced that all current COVID-19 restrictions will stay in effect after 21 April in the Netherlands.