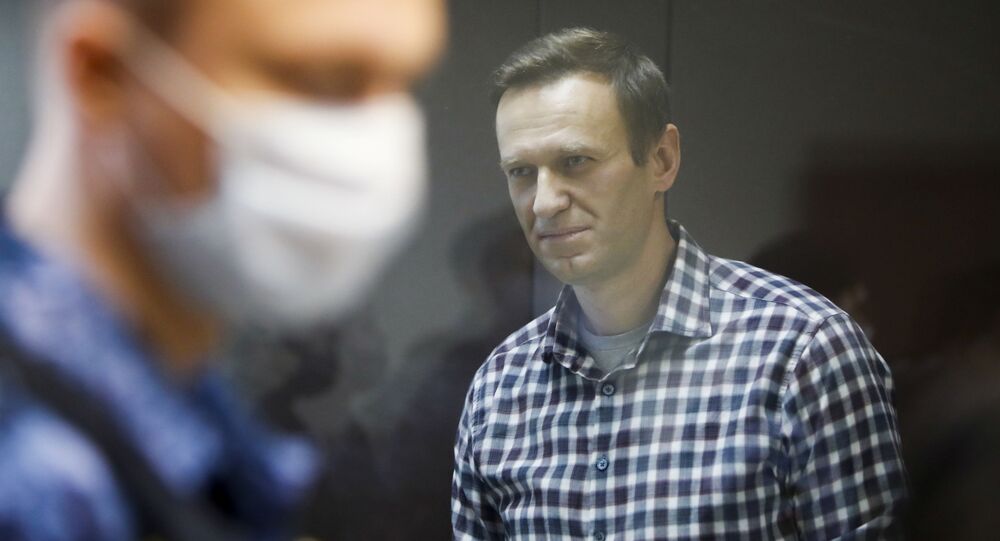 Le Drian noted that France is "extremely concerned" about the deteriorating health condition of Navalny.

"We have already taken measures in the EU, which Russia has criticized. We took action against specific persons, who were associated with this [Navalny's arrest]. These have already been significant sanctions, but new ones may also be imposed", Le Drian said on Sunday as aired by France 3 broadcaster.

At the same time, the minister noted that these sanctions do not interfere with the continuation of dialogue with Moscow.

In March, Brussels presented sanctions under its new global human rights sanctions regime, designating four Russian officials over their "roles in the arbitrary arrest, prosecution and sentencing of Alexey Navalny, as well as the repression of peaceful protests in connection with his unlawful treatment." In a coordinated move hours later, the US imposed sanctions on seven senior Russian officials.

Kremlin spokesman Dmitry Peskov said that Moscow considered the new Western sanctions on Russia as interference in the country's internal affairs. Russian Foreign Minister Sergey Lavrov said that the relations with the EU were at a low point even before the new sanctions were introduced.

Navalny, who has been complaining about severe back and leg pain, went on a hunger strike at the end of March, after being denied a visit by a doctor of his own choice. Olga Mikhailova, his lawyer, says the 44-year-old is suffering from two spinal hernias. He has refused the treatment offered by the prison authorities.

According to the Russian Federal Penitentiary Service, Navalny's health has been assessed as stable and satisfactory by medical professionals and he has been receiving all necessary care.

In January, Navalny returned to Moscow from Berlin after receiving medical treatment for his alleged poisoning. The opposition activist was arrested on arrival and referred to a court, which in early February rescinded his suspended sentence in the 2014 Yves Rocher fraud case over multiple probation breaches and replaced it with a 3.5-year term behind bars. A Moscow city court reinstated the ruling but reduced the sentence to 2.5 years.