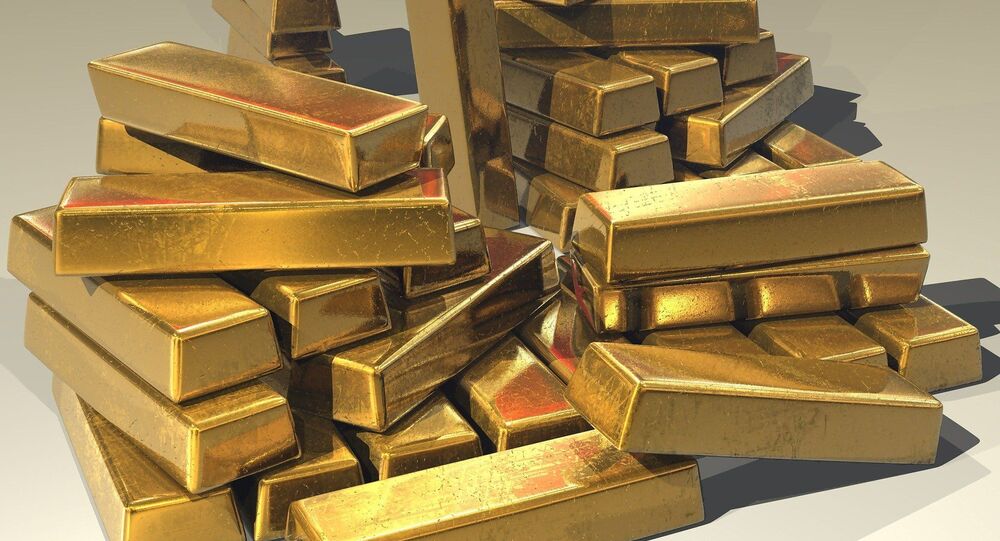 The dilapidated three-storey building, in which the gold bars were discovered, was previously sold to the Morez town hall for €130,000 ($155,765).

Local authorities were perplexed and surprised to discover gold coins and ingots worth more than €600,000 ($718,916) in an old house located in the town of Morez in eastern France, Mayor Laurent Petit has stated.

The three-storey building was earlier purchased by the Morez town hall as part of an urban revitalisation programme that is under way in the Jura department.

Petit told reporters that the house was "packed with objects and furniture" given that "there had been several generations who didn't throw anything away, kept everything and lived really frugally".

He added that the town hall agreed that they would "buy the property as it was and we'd gradually empty its contents ourselves". An individual who inherited the house reportedly sold it to the municipality for €130,000 ($155,779).

According to Petit, the first jaw-dropping discovery came last spring, when town hall staff found five gold ingots and more than 1,000 gold twenty-franc pieces in jam jars, of an estimated value of more than €500,000 ($599,097).

"Three jars full of gold bars were sitting behind lots of other objects on a shelf. There was surprise and stupefaction. None of us had ever held a piece of gold. I'd only ever seen gold bars in photos, and thought they must be huge. But these were small, weighing 1kg and the size of a cigarette packet", the mayor said.

He went on to say that this week saw a second discovery in the house, where the senior staff were amazed to see hundreds of gold coins with a total value of over €150,000 ($179,729).

© Photo : LIAT NADAV-ZIV/ISRAEL ANTIQUITIES AUTHORITY
'Arabian Nights Treasure': Cache of Ancient Gold Coins Found by Archaeologists in Israel
The mayor explained that the seller of the house had heard about a stash of gold inside the building but thought "it had been given away".

It is worth noting that the money, which is much smaller than Morez's annual budget of €6 million ($7.1 million), is expected to be spent on an unspecified public project.

Petit, for his part, remains upbeat about the developments, saying that he cannot say the find "has turned us into the Las Vegas of the Jura, but it has made us smile".

Quite a Steal: Massive Gold Coin Snatched From German Museum