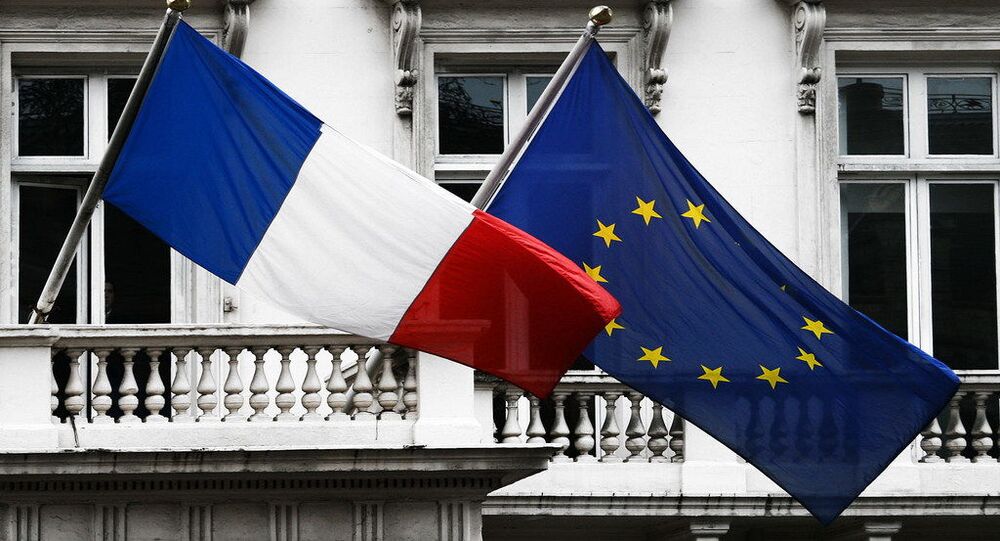 Britain formally withdrew from the EU on 31 January 2020, entering an almost year-long transition period that wrapped up with the sides signing a post-Brexit trade deal after months of intense talks and delayed deadlines.

Former EU chief Brexit negotiator Michel Barnier has suggested that France may follow the UK's example and finally withdraw from the EU.

Speaking at a conference on the future of the bloc in La Touquet on Friday, the 60-year-old French politician referred to "social unrest and anger" in France over unchecked immigration as well as the "red tape and complexity" of the EU.

"We could draw some lessons from Brexit for ourselves. It's now too late for the UK but not for us. We can find, not just in the UK, but here in France, in the northern and eastern regions […] citizens who want to leave the EU", Barnier asserted.

The ex-EU negotiator insisted it is the bloc's responsibility to understand "why the British left", and that it's important for Brussels "to listen to the anger that was expressed in the UK, and to implement the kind of changes that are necessary to better understand and reassure the European citizens that remain".

The remarks came after the latest poll conducted by the French think tank IFOP, which revealed that Marine Le Pen, who leads the party National Rally, would prevail over Emmanuel Macron by two percentage points in the first round of the 2022 presidential election in France.

Macron himself told the BBC in 2018 that the French people would probably vote to secede from the EU if they were to hold an analogue of the Brexit referendum.

He argued that "you always take a risk when you have such a [Brexit-like] referendum, just 'yes' or 'no' in a very complicated aspect", adding at the same time that since the context in the UK and France "was very different" he doesn't want to "take any bets".

Macron also made it clear he would also welcome Britain's hypothetical return to the EU, stating that he both respects and regrets the Brexit vote.

The United Kingdom left the EU on 31 January 2020, triggering an 11-month transition period that gave both London and Brussels time to conclude a range of agreements, including a wide-ranging free trade deal.

© CC0 / Free-Photos
Thousands of Britons at Risk of Losing French Driving Licences Due to Brexit
The deal was touted by UK Prime Minister Boris Johnson as a "great treaty" that would allow Britain to "take back control" of its own destiny.

More than two months into the divorce, both sides have repeatedly clashed on issues ranging from the so-called Northern Ireland Protocol, which was inked to avoid a hard border with Ireland and customs and veterinary regulations, to COVID-19 vaccines.

Macron Speculates About Frexit, 'Balances on the Tip of a Blade' - Politician