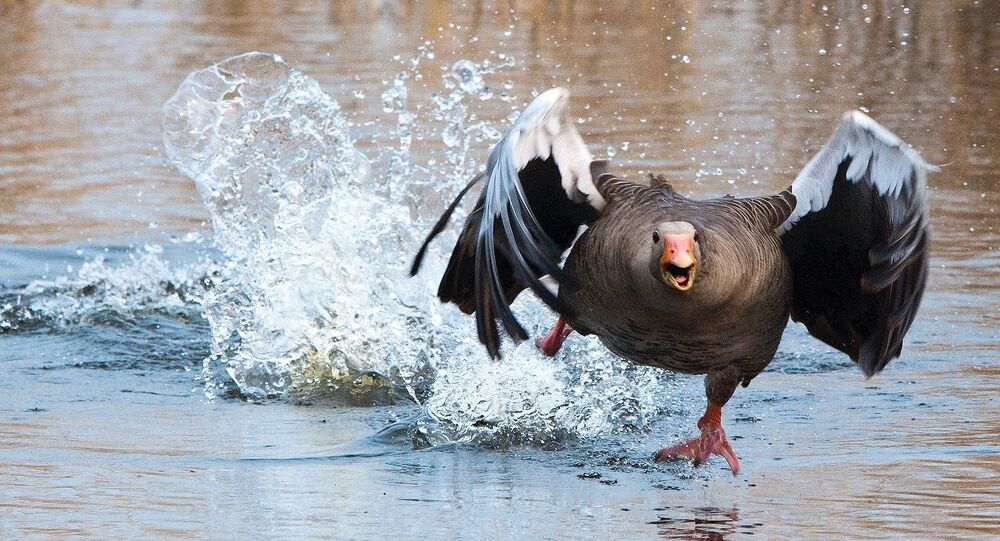 At present, 90 percent of the world's foie gras comes from geese, rather than ducks, which was previously the preferred bird of choice. France remains the globe's largest producer, consumer, and exporter of the delicacy, with up to 200 tonnes a year being delivered to the UK.

Marie-Pierre Pe, the head of France's foie gras producers' association, has expressed frustration over the UK government's plans to ban imports of the foodstuff.

"I am shocked and I deplore the fact that the freedom to sell a perfectly healthy product defined under international conventions is threatened", she was cited by The Guardian as saying.

Pe, who is at the helm of the Comite Interprofessionnel des Palmipedes a Foie Gras (CIFOG), also rejected allegations that the process of force-feeding geese or ducks makes the birds suffer.

Foie gras production involves overfeeding geese and ducks through a feeding tube, known as a gavage, for the last two weeks before slaughter. Being force-fed several times a day in the absence of a gag reflex in waterfowl, the birds develop fatty liver disease, with the organ expanding to six to ten times its normal size.

"For a country that promotes freedom of trade, it is not only paradoxical but shows a lack of understanding of our production as well as the problem of judgments based on anthropomorphic perceptions that the animal used in the production is suffering", the CIFOG director argued.

She blamed UK officials for being in the dark about how French foie gras producers do their job, inviting them to visit one such manufacturer "so they can make a rational decision".

On the gavage-related process, Pe asserted that "it does no harm" to the birds because "the duck's throat is elastic and at the base there is a pocket that allows them to stock food – called gesiers, which is like our [human] stomach".

"We cannot say there are no accidents from time to time, but it is exceptional. A farmer has no interest in harming his own animals because that would kill them – and his production", the CIGOF head stressed, adding that she is "outraged and sad" about the British government's plans.

She insisted that foie gras had been picked by London for a ban because the product is "a gastronomic symbol of France" and French foie gras producers are "an easy target".

"It's a recurrent theme and strategy by the animal rights groups. They produce sensational images to influence economics. We should ask ourselves, 'are we being manipulated?'", Pe concluded.

Her remarks came after a cross-party group of UK lawmakers called on government ministers to ban sales of French foie gras in the UK. The MPs said in a letter that "over the coming months, thousands more ducks and geese will endure torturous treatment for this cruel product".

The campaign group Animal Equality, which coordinated the letter, referred to foie gras as "the definition of animal cruelty", claiming that "people are clearly united in their hatred for this wicked product".

© AP Photo / Matt Dunham
UK to Remain World's 5th Largest Economy and Will Widen Lead Over France Despite Brexit, Report Says
According to the group, "we simply cannot tolerate this any longer. A ban can't come soon enough".

This followed the UK's Department for the Environment, Food, and Rural Affairs stating that they were "exploring further restrictions" related to foie gras. The remarks were preceded by media reports about British Animal Welfare Minister Zac Goldsmith's intent to prohibit sales of what he earlier described as an "unbearably barbaric" foodstuff.

Foie Gras Back on Sale in California