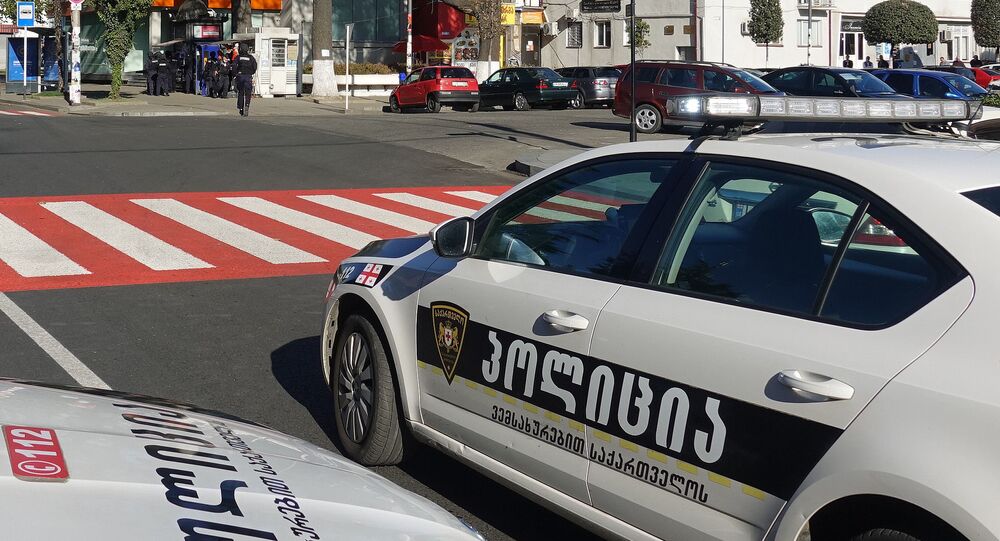 Georgian police officers have reportedly been sent to the site to tackle the situation. The Georgian Interior Ministry has not commented on the matter yet.

"As a result of operational measures of law enforcement officers, the hijacker was detained, all the hostages were released. Nobody was injured", Siradze told reporters, noting that the police will reveal additional details later.

The remarks came after Rustavi 2 TV reported that an armed man had broken into a branch of a bank in Georgia’s capital Tbilisi and taken several people hostage.

According to the TV channel, the unidentified person initially held five to six people hostage, but later released most of them, and now only one hostage remains inside the building.

The news outlet added that the incident had taken place at a bank branch in the centre of the city earlier in the day.

© Sputnik / Alexander Shlamov
Armed Man Reportedly Takes Hostages at Bank in Zugdidi, Georgia
This comes after a similar incident took place in October 2020 in the Georgian town of Zugdidi, where a gunman took 43 people hostage at a Bank of Georgia branch. Separate reports claimed there was a total of 19 hostages.

The attacker demanded $500,000, a helicopter or a car, and security guarantees. The standoff finally wrapped up after the man released all the hostages before leaving the bank with the aforementioned sum.