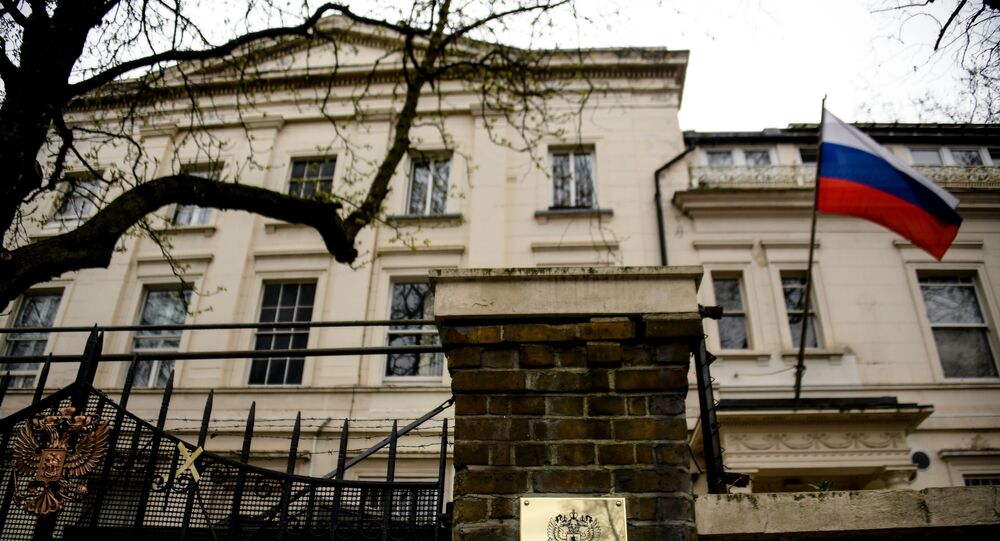 UK Remarks on Russian Malign Activity in Cyberspace Attempt to Play Into US Hands, Diplomats Say

LONDON (Sputnik) – The UK Foreign Office's statement on Russia's alleged malign activities in cyberspace is an attempt to play into the US hands, the Russian Embassy in the UK said.

On Thursday, the UK Foreign Office summoned Russian Ambassador to the UK Andrey Kelin over concerns of malign activity such as the SolarWinds cyberattack, which the UK believes was carried out by Russian intelligence services. London has also expressed concern over Russia's military buildup near the borders of Ukraine.

“We consider the UK Foreign Office's press release, published on April 15, on ‘exposing the malign cyberactivities of the Russian intelligence services’ as nothing but an attempt to play into hands of the US, which as usually try to blame Russia when facing an obvious failure of its efforts to ensure cybersecurity,” the Russian diplomatic mission said on late Thursday.

According to the embassy, the United Kingdom continues to resort to unfounded accusations against Russia, without providing any evidence.

The Russian mission stressed that Moscow had many times proposed expert discussions of cybersecurity issues to the United Kingdom.

The embassy added that with such statements and accusations, the United Kingdom tried to assert itself as an important global actor in the post-Brexit era.

Commenting on the summoning of Russian ambassadors to Poland and the United Kingdom earlier in the day, the Russian Foreign Ministry called it "a chain reaction of the NATO countries in support of US sanctions."

The US administration has imposed a new round of sanctions against Russia over the alleged SolarWinds intrusion, reports of bounties on US soldiers in Afghanistan and attempts to interfere in the US 2020 elections. The State Deparment also expelled 10 diplomats from the Russian Embassy in Washington.

Moscow stated that these actions are contrary to the US' declared intention to build pragmatic relations with Russia. The Russian Foreign Ministry also notified US Ambassador to Russia John Sullivan that Moscow's retaliatory measures will be announced soon.