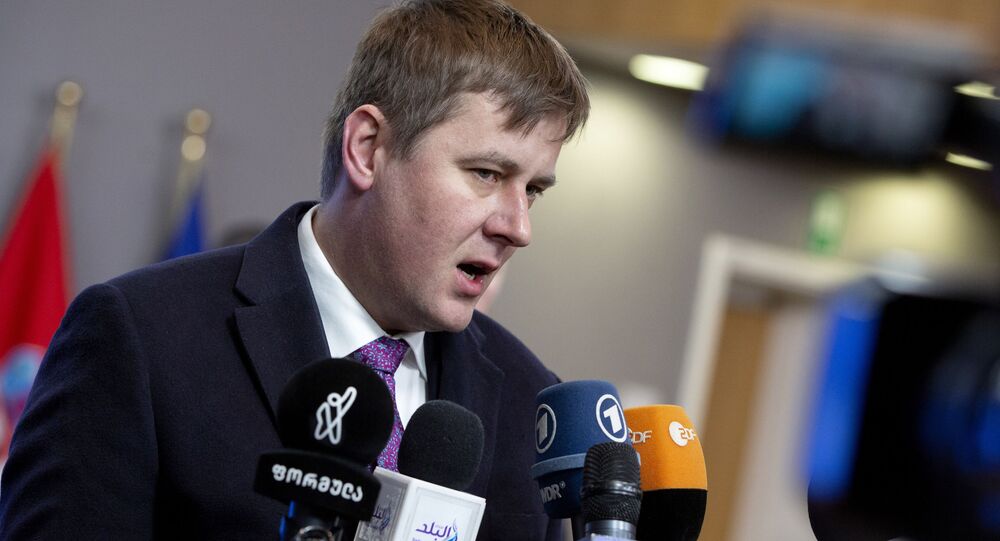 Petricek announced his resignation at a televised briefing.

Zeman reportedly long sought Petricek's dismissal over his position on the relations with Russia and China. In particular, Petricek was opposed to Russian and Chinese bidders' participation in the tender to build a new block of the Dukovany nuclear power plant, arguing that their victory would threaten national security. The ex-minister was also opposed to the use of Russia's Sputnik V coronavirus vaccine before the EU regulator's approval.

© AFP 2021 / JAROMIR KUBES/MAFA
Second Unit of Czech Dukovany Nuclear Power Plant Launched After Temporary Halt
Petricek had served as foreign minister since the fall of 2018. He is expected to be replaced with Culture Minister Lubomir Zaoralek, who had served as foreign minister from 2014-2017. In the interim, the ministry will be headed by Interior Minister Jan Hamacek, who also leads the Social Democratic (CSSD) party, a member of the ruling coalition.

"As the candidate for the foreign minister portfolio, Lubomir Zaoralek, wants to complete several projects in the Ministry of Culture, which he now heads, I will temporarily be in charge of the foreign ministry. I think this is more a matter of days than weeks," Hamacek told reporters.

According to the interior minister, Petricek's resignation was initiated by the CSSD leadership following a party congress on Sunday where the ex-minister lost a bid to head the party to Hamacek. The majority of center-left-minded party members did not back the ex-minister's call for a more right course.