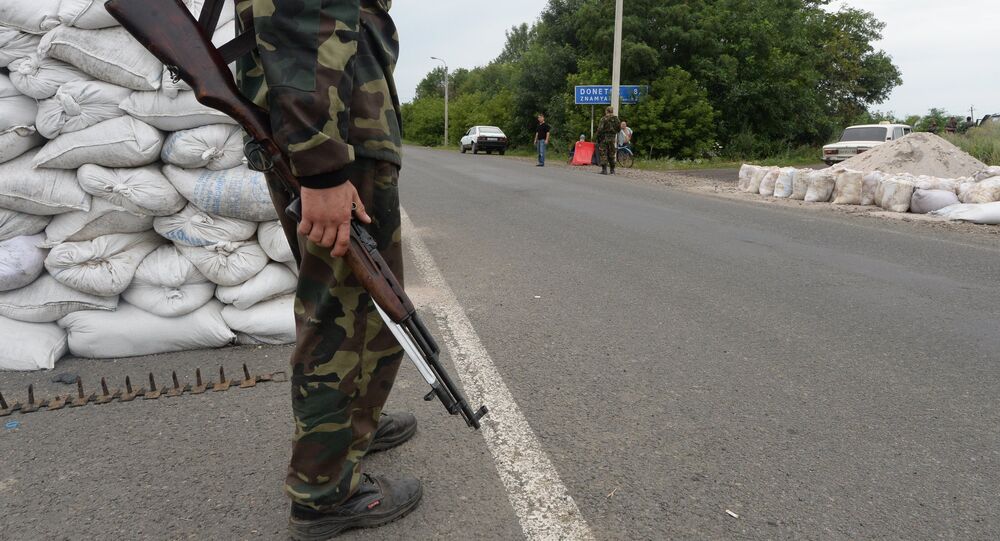 Kremlin: France, Germany Must be Bewildered by Claims Minsk Accords are 'Useless'

Moscow recently condemned the surge of violence in eastern Ukraine, accusing Kiev's forces of violating the ceasefire in most of the cases. The Kremlin stressed that the Ukrainian government must start fulfilling the agreements reached in Minsk, instead of finding ways to subvert them.

Russian presidential spokesman Dmitry Peskov has slammed the attempts by Ukrainian officials to label the Minsk Accords "useless" in their speeches, suggesting that such statements are met with bewilderment not just in the Kremlin, but also by Ukraine's European allies.

"When we hear ever more often Kiev making claims that the measures devised under the Minsk Accords are basically a 'useless' rudiment, this likely leaves not just us, but also Paris and Berlin bewildered", Peskov said.

The president's press secretary added that French President Emmanuel Macron and German Chancellor Angela Merkel "mostly" understand, which party to the Minsk Accords is not fulfilling them and agree with Moscow that the accords must be adhered to. Peskov admitted that the two European countries have their disagreements with Russia, and have asked Moscow to be more agile as a party to the Minsk Accords.

Commenting on the preparations for a meeting of the Normandy Format to discuss the situation in the east of Ukraine, where clashes between government forces and the breakaway Donetsk and Lugansk republics have recently intensified, Peskov said that in the Kremlin's opinion the new summit should have been organised only after at least some of the Minsk Accords' provisions are fulfilled. Still, despite the lack of progress, preparations are underway in all four participating countries, the spokesman said.

Previously, Moscow expressed concerns over escalating tensions in eastern Ukraine, accusing Kiev of being responsible for most of the provocations along the demilitarisation line. The Kremlin argues that if these clashes don't stop, a civil war might erupt once again in the region.

A domestic conflict erupted in two of Ukraine's eastern regions, Donetsk and Lugansk, which proclaimed independence in 2014 following a violent coup in Kiev led by nationalist groups and supported by western governments, amid fears that the insurgents will crackdown on the rights of the Russian-speaking population of the country. In response, the new authorities in Kiev initiated a military operation against the two regions' militias under the guise of a counter-terrorism operation that resulted in the rampant shelling of cities, which often damaged or destroyed civilian objects. The offensive stopped almost a year ago after the signing of the Minsk Accords, but new clashes erupt from time to time along the demilitarisation line to this day.