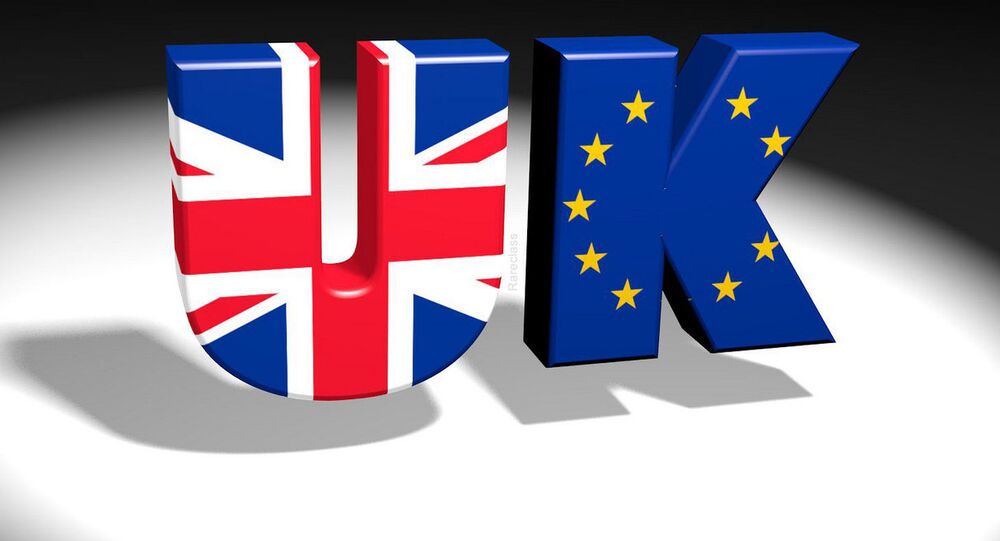 The EU's sluggish vaccine rollout and third COVID-19 wave, triggering new lockdowns on the continent, are lining up unfavourably against the "huge success" of the UK's rollout and progress towards reopening the economy, with some experts claiming there might be a growing appetite among some member states for ‘unfettering' themselves from the bloc.

After Brexit unshackled Britain from the European Union, allowing it to control its own laws, trade agreements and fishing waters, and currently boasting an impressive COVID-19 vaccine rollout, some experts claim that similar positive benefits could have been reaped by other nations.

“Euroscepticism in its hardest form has gone out of fashion… If EU citizens find themselves still confined to their homes while Americans and Israelis hit the beach, Europe’s band of Eurosceptics may stir anew," The Economist wrote this week.

"Euroscepticism in its hardest form has gone out of fashion. Brexit torpedoed the idea of an easy departure. Continental surveys such as Eurobarometer all point to big majorities supporting EU membership in almost every country." ~AA https://t.co/vYHGihmYVM

This sentiment is shared by many analysts.

“I think the vaccination rollout is the best advert for Brexit — but it’s also a very good advert for Frexit, and for all the other countries that want to take back their freedom and independence,” said Charles-Henri Gallois, president of France’s fledgling Generation Frexit movement, which wants the nation to follow Britain’s example.

“Many citizens are looking at what’s happening in Brussels and saying, ‘I want to get a vaccine, but I cannot… There’s a risk of part of the population turning against the EU, and saying ‘what’s happening?''” French political scientist specialist Jean-Yves Camus was quoted as saying.

As the UK has unveiled a stage-by-stage roadmap out of coronavirus lockdown and more than 31 million people in the country have received at least one dose of a coronavirus vaccine, the continent is facing fresh lockdowns. Amid a surge in coronavirus cases, the EU has been criticised for the pace of its jab programme, with only 16 percent of its population inoculated.

Based on current trends, supply, and second doses debt pic.twitter.com/n2VO7sOVwj

​While delays by manufacturers are partly to blame for the slow pace, polls suggest a growing degree of ire is directed at Brussels.

According to a Kekst CNC poll, shared by POLITICO, between one-quarter and half the citizens of France, Sweden and Germany blame the EU rather than their own governments for the jab problems.

“They will see it’s more efficient, more flexible to be outside the EU,” said Frexit’s Gallois.

Back in 2017, the idea of other nations following the route trailblazed by Britain was supported by a group of academics and politicians from Sweden, Denmark, Norway, Finland and Iceland.

They co-authored an opinion piece in Sweden’s Aftonbladet in April that year, suggesting Brexit was a "golden opportunity" for Nordic nations to embark upon lessening ties with the bloc to forge their own agreements on trade and security.

The piece, written after the UK government formally notified the EU of the country’s intention to exit the block in the wake of the 2016 referendum, in which 51.89 percent voted in favour of leaving the bloc and 48.11 percent voted to remain, was authored by Mark Brolin, Jan-Erik Gustafsson, Helle Hagenau, Ulla Klötzer and Erna Bjarnadóttir.

The opinion piece by leading critics of the EU from each Nordic country warned that "accumulation" of power within the EU bloc was increasingly sparking concerns, and recalled that in 2016 there was an appetite for Swexit.

A poll by TNS Sifo found at the time that 36 percent would be in favour of quitting the EU, while 32 percent were against.

“We believe it is long overdue that Sweden, Denmark, Finland, Norway and Iceland stop tying their prospects – and administrations – to an experiment which is already singing its swan song. Starting afresh, without the EU straitjacket, would reinvigorate society especially now when, due to Brexit, there is a golden opportunity to create new functional partnership links with other important trade and security partners”.

The critics lambasted the bloc’s alleged track record of failing to deliver on promises, and accused “peacemaking” EU for generating endless political friction within and between member states.

After over 80 per cent of approximately 3,600 readers polled agreed with the stance of the authors, the story was republished in the leading Finnish business daily, and the leading Icelandic newspaper as well.

The 2017 article concluded that “Rigged inflexible superstructures deaf to the concerns of the people belong – or should belong – to the past”.