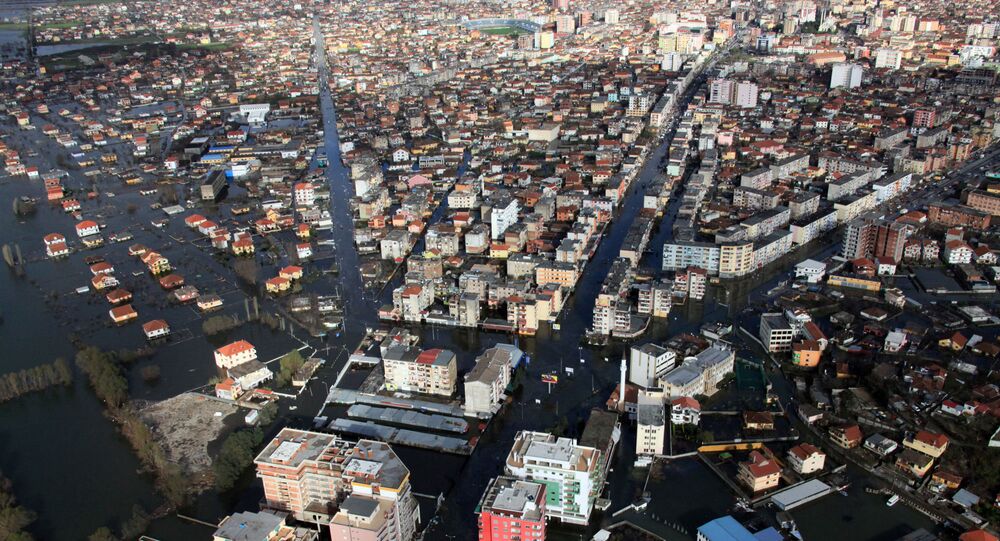 In the 1980s Albania was the “North Korea of Europe”, an isolationist state which had fallen out with both Moscow and Beijing. But after the People’s Socialist Republic of Albania collapsed in 1992 the country began to fall into the arms of criminals.

One of the most prominent godfathers in the Albanian underworld has been assassinated by gunmen who fired 120 bullets into his Range Rover from Kalashnikov automatic weapons.

Bardhok Pllanaj, known as Kumbari, was gunned down on Sunday, 4 April, on the road from the city of Shkodra in northern Albania to his home in the suburb of Dobraç.

Pllanaj, 46, had been tried and convicted in absentia in Belgium for people trafficking and has been reportedly involved in drug smuggling.

Bardhok Pllanaj, described as the "Godfather" of Shkodra was killed on Sunday at 21:10 with a hail of bullets on the road Shkodra-Koplik in North of #Albania. The 46-year-old is a known name for Albanian justice, but also for Belgian justice for trafficking in human beings. pic.twitter.com/mANGb8iCad

​The Albanian Daily News said the assassins followed him and then fired into his car from the pavement.

They then got into a getaway car and sped off. It was later found burnt out with the murder weapons inside it.

In 2014 Pllanaj was convicted at Shkodra District Court for money laundering, document forgery and illegally constructing a 10-storey building with laundered money.

Later that year a joint operation between Albanian and Italian police identified him as being involved in a drug smuggling operation at Viluni Lagoon.

​He escaped arrest and allegedly hid in a car belonging to Mark Frroku, who was then a member of the Albanian parliament.

Frroku, who represented the Democratic Party, denied using his immunity as an MP to protect Pllanaj.

In 2015 it was reported that Frroku himself had been convicted in absentia for murdering a man in Belgium. Frroku, who was known in Belgium as Besnik Morina, has always denied murdering Aleksander Kurti near a train station in central Brussels in March 1999.