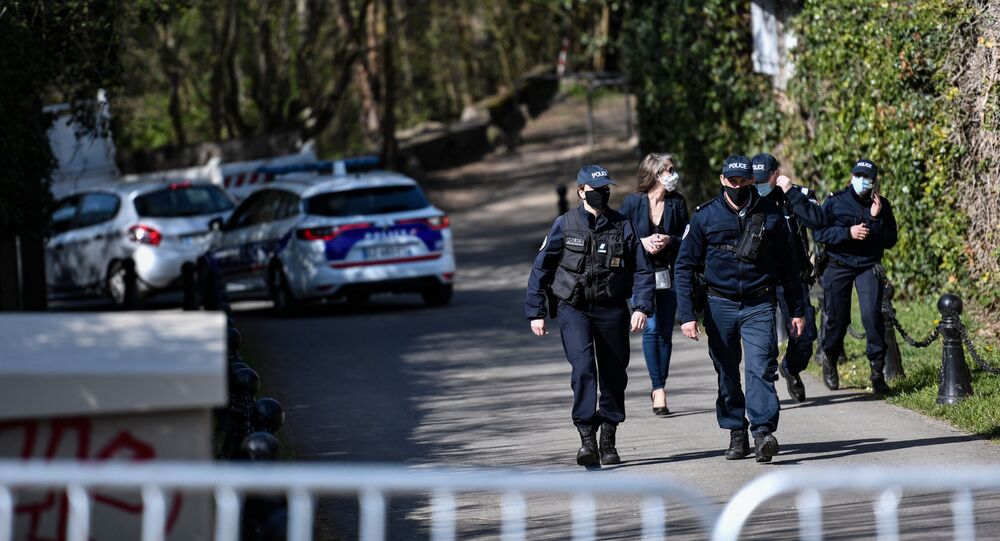 Police are treating the incident as a violent robbery and kidnapping, AFP reported, citing a source close to the investigation.

French businessman, politician, and public figure Bernard Tapie, 78, was attacked with his wife Dominique in their house in Combs-la-Ville near Paris last night, police said.

The couple were asleep when four people broke in, beat them, and tied them up before making off with their loot.

Tapie's wife managed to free herself before going to the neighbours to call the police. She was later treated in hospital for a minor injury. Tapie himself reportedly declined to be taken to hospital.

No information about what was stolen has been released.

© AFP 2021 / BERTRAND GUAY
In this file photo taken on April 4, 2019, French businessman Bernard Tapie looks on during a suspension of his trial for having defrauded the French state of nearly half a billion euros with a massive 2008 arbitration award, at the Paris courthouse.

Tapie is a former Socialist minister who built a sporting and media empire after a career in politics. He earned his wealth in the 1970s and 1980s by buying up failing businesses.

From 1993 to 2008, Tapie was embroiled in a legal battle with the state-owned Crédit Lyonnais bank, which defrauded him when it sold the Adidas company on his behalf to businessman Robert Louis-Dreyfus by arranging a larger sale with him without informing Tapie. In 2008, a special judicial panel ruled that Tapie should receive 404 million euros in compensation from the French Ministry of Finance, which at the time was led by Christine Lagarde, the current European Central Bank chief.