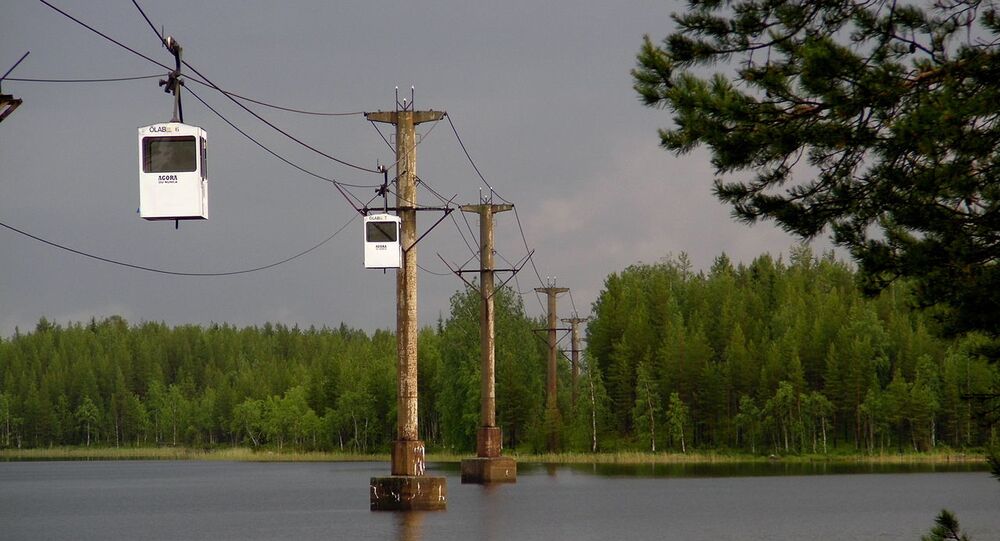 Hailing from the World War II-era, the Kristineberg-Boliden ropeway has moved millions of tonnes of ore and served as a tourist attaction for many decades.

The Norsjö municipality in northern Sweden has started to dismantle a historic industrial ropeway, once the world's longest, in order to sell it as scrap iron.

Built during World War II, the Kristineberg-Boliden ropeway in Västerbotten County originally transported ore from the Kristineberg mine to the transshipment in Boliden and was dubbed an "industrual masterpiece'.

Later, it served as a tourist attraction offering spectacular views over surrounding forests and lakes at a speed of 11 kilometres per hour. The 13 kilometre section between Mensträsk and Örträsk served for decades as the world's longest passenger cable car.

​Now, the famed ropeway has reached the end of the road and will be dismantled for good, fetching 1,300 tonnes of scrap iron. The revenue from the sale of the metal will be used for local development.

"So we are picking the old ropeway apart. It's getting to expensive to run it. It's simply not economically viable. We are not doing it in order to make money on scrap iron, it simply won't work anymore", entrepreneur Sonja Hellström told national broadcaster SVT.

Between 1943 and 1987 the Kristineberg-Boliden ropeway moved 12 million tonnes of ore concentrates. In addition to all the copper, lead, zinc, sulphur, and silver, the ropeway buckets have also transported tonnes of gold throughout the years, leading to tourist booklets later describing it as a "figurative gold nugget" in Sweden's industrial history. The mining industry in northern Sweden is still going strong, with trucks and freight trains taking over the transports.

Between 1987 and 2017, part of the ropeway ran cable cars and was a formidable tourist attaction towering over woodlands. In recent years, it has been defunct due to the concrete posts exibiting signs of fatigue.