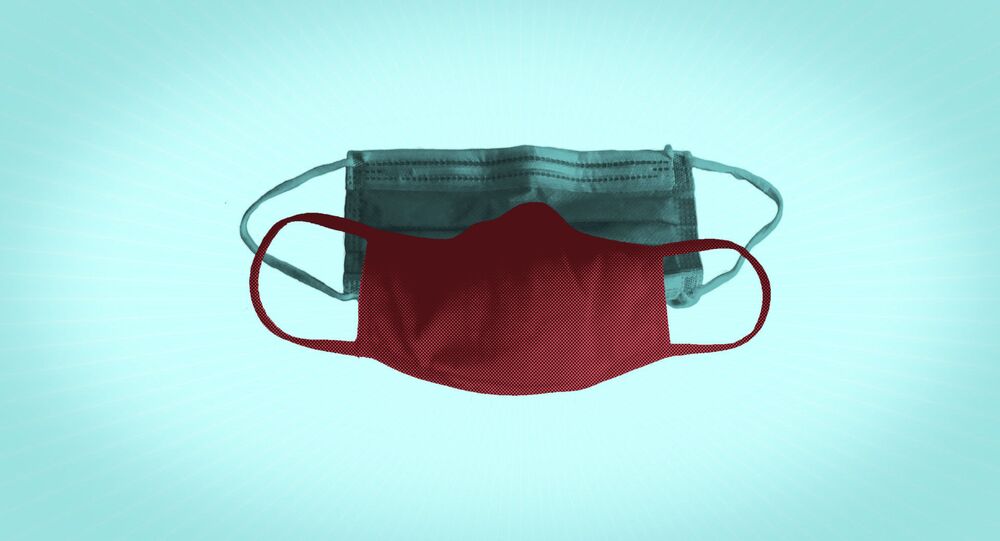 Throughout last year the Belgian government's approach to the handling of the pandemic was often based on conflicting messages coming from epidemiologists, which led to increasing scepticism among people.

According to Jolan Deschepper – a populist "Flemish Interest" (Vlaams Belang) party activist and municipal council member from the town of Ostend, a lot of criticism has been addressed towards Professor Marc van Ranst, who advised the Belgian government on pandemic-related issues and often voiced misleading recommendations, while focusing more on his newly-acquired TV celebrity role.

Sputnik: Your town is a favourite domestic vacation and weekend destination for thousands of Belgians. How has the life of people in Ostend changed during the pandemic?

© REUTERS / Yves Herman
Management of the Corona Crisis in Belgium is Worse Than Elsewhere – Belgian Flemish MEP
Jolan Deschepper: It's true that Ostend is the number one seaside resort city in Belgium, so quite naturally trains full of day tourists arrive here on sunny days. During the first lockdown only essential travel was allowed, so the city was empty then.

This month more severe restrictions were announced, but surprisingly they did not limit transportation. A lot of people in our city are annoyed, they feel that large crowds will be unsafe to walk by.

We don't really know when restrictions will be lifted, the national security council uses the amount of cases to determine if more restrictions are needed, or if some can be eased. It seems like they want to open things up in May. The federal prime minister said that he would like to open the HORECA sector at this date.

But personally I don't see it happening. They opened the hairdressers and promised them they would not be closed again, and guess what: they closed the hairdressers recently. Today the Tribunal of the First Instance decided that all COVID restrictions should be lifted within thirty days, but the government will most likely just appeal it.

Sputnik: Your party criticised many COVID restrictions, and, in particular, seating policy on trains bound for Ostend. What is wrong with it?

Jolan Deschepper: Yes, some of the restrictions are ridiculous. For example, last year because of the pandemic they gave people a pass with 10 free train rides. Now, they decided that on weekends people can only occupy the window seats in trains. Imagine a large family travelling like this.

Right-wing «Flemish Interest» party had a field day with Belgian government’s regulations regarding train seating, posting an ad which called the restrictions “nonsense” and “surrealism”, adding that nobody enforced seating policy on return trips. pic.twitter.com/3KnuH9dyQD

​Sputnik: Belgium's top virologist Marc van Ranst, a member of the Risk Assesment Group on COVID-19, has become a well-known star of various TV shows recently – something, which probably angered some Belgians who lost their jobs and businesses during the year-long lockdown and needed a more serious approach to the pandemic on behalf of authorities. Do you think that he is fit for the job?

Jolan Deschepper: Well, Professor Van Ranst is an acclaimed virologist, from that perspective he is extremely qualified. However, at the beginning of the pandemic he claimed people shouldn't worry, they can go skiing, and that masks are completely useless. Some time later he made a U-turn.

He said that we should avoid contacts, but later he is seen promoting beer at a public market and this month he claimed this will be the final lockdown. Can you blame the people for being sceptical? With all that media frenzy surrounding his persona, he doesn't sound credible anymore.

​The pandemic made him a TV celebrity - a role he has fully embraced. We see him every day on talk shows, debates, the news, comical TV shows. He is having the time of his life. Logically, a lot of people are annoyed with this.

In fact I don't know where he finds time for virology, in-between the TV appearances, getting into arguments over politics on Twitter, and the many meetings he needs to attend, I suppose.